Kenya’s High Court annulled today a recently introduced ban on gambling ads across social media, outdoor adverts of betting and gaming services, celebrity endorsements of gambling products as well as a restriction under which gambling ads should only air on television between 10 pm and 6 am.

Justice John Mativo said today that the ban was null and void and was “tainted with illegality, unreasonableness, and procedural impropriety.” His ruling comes as a victory for Kenya-facing betting houses which protested heavily news that the gambling advertising landscape was to change drastically.

As reported by Casino News Daily, Kenya’s Interior Minister Fred Matiang'i announced late last month that number of new rules in connection with how betting and gaming products were to be promoted in the country would be introduced.

Under those rules, gambling operators would have been required to submit all their ads for approval from the Betting Control and Licensing Board (BCLB), the country’s gambling regulator. In addition, ads of gaming and betting products would only have been permitted between 10 pm and 6am.

Social media and outdoor advertising would have been fully banned in the African nation. The new rules also banned celebrity endorsements. 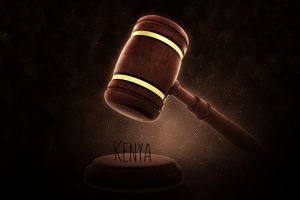 Today’s ruling affirmed an order issued by the High Court earlier this month. On May 20, Justice James Makau ordered that the implementation of the new gambling advertising restrictions be paused. The new ads rules were set to be enforced at the end of May.

That order came after Kamau Wanjohi, better known in Kenya as MC Moreydoc, filed a lawsuit against the BCLB and Kenya’s Attorney General, Paul Kihara Kariuki, arguing that the celebrity endorsement restrictions would severely affect his income. He further elaborated that no public input was sought by regulators and legislators before introducing the new restrictions.

Advertisers also joined the backlash against the new gambling ads rules, warning that those would not only deny revenue to media houses but would also hurt revenue contributions to the nation’s coffers.

Kenya has a thriving gambling industry with annual revenue from different betting and gaming activities totaling KES200 billion (approx. $2 billion). Upon introducing the gambling ads restrictions, the country’s Interior Minister said that the lives of the youngest members of its population have been put at great danger due to “rogue behavior in the betting and lotteries industry.”

Minister Matiang’i also cited stats, according to which about 76% of Kenya’s young residents were active bettors, and about one million of them were blacklisted by lenders for failing to pay their gambling debts.

The proposed gambling ads restrictions, which may now not come int force after all, came as another push launched by Kenyan lawmakers to clamp down on the proliferation of gaming and betting on the territory of the country.

In 2017, the country introduced a uniform gambling tax of 35% on revenue from betting, casino lotteries, and raffles. Different gambling products had been taxed at different rates prior to the 2017 reform. There have been proposals for the 35% rate to be lowered, but lawmakers voted down these last fall, despite warnings that the tax was too high and would affect revenue collections.