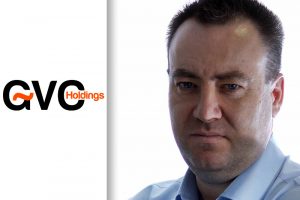 GVC Holdings boss Kenny Alexander has recently purchased £5 million worth of shares in the major gambling operator just months after he offloaded most of his stock, sending shivers down investors’ spines.

Earlier this year, the executive sparked fury among shareholders when he sold more than two million shares, equating to 68% of his personal stake in GVC, at 666p per share to trouser £13.7 million. The company’s now outgoing Chairman, Lee Feldman, sold three-quarters of his stake for £6 million on the very same day.

Investors interpreted their actions as a sign that GVC’s bosses have lost confidence in its future, which sent shares down 15% at the time, reducing more than £700 million from the gambling powerhouse’s total value.

To placate investors, Mr. Alexander said shortly after that his decision to offload most of his stake in GVC was a “cock-up” and that he would have not sold if he had known “the reaction was going to be as extreme as it was.”

Mr. Alexander navigated GVC through two major acquisition deals over the past three years that turned the company into one of the world’s gambling powerhouses with presence across multiple jurisdictions and across all verticals. In 2016, the company acquired bwin.party Digital Entertainment in a £1.1 billion deal.

Last year, GVC closed a £3.4 billion-plus deal for the acquisition of British bookmaker Ladbrokes Coral. Prior to that deal, GVC operated only in the digital gambling space, but the addition of Ladbrokes Coral to its portfolio secured it with presence across the UK retail betting market.

Mr. Alexander said that his recent share purchase aimed to show his “conviction that GVC’s strategy and long-term outlook will provide shareholders with strong returns.” The executive added that he was “totally committed to GVC for the long term.”

GVC’s boss was recently put in the spotlight due to his co-ownership of a stud farm in Ayrshire, Scotland with Ron Watts, one of the three people to whom the gambling operator offloaded its Turkish business a few years ago.

GVC entered Turkey in 2011 through the acquisition of Sportingbet’s operation in the country. Gambling is mostly banned in Turkey with very few exceptions. GVC announced in late 2017 that it had agreed to sell its Turkish business to Rospo Malta, now Dochandoris Limited, for €150 million. Mr. Watts is listed as a director of the company that bought the operation.

It later on became known that GVC would give away its Turkish operation to clean up its business and secure regulatory approval to complete the acquisition of Ladbrokes Coral.

GVC’s dealings in Turkey’s black market could have cost it its license in Nevada. The company recently obtained a license by state regulators, but was put on a two-years’ probation namely due to its previous presence in Turkey.