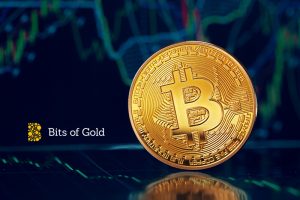 The Israeli Supreme Court sided this week with crypto exchange Bits of Gold, ruling that Bank Leumi should restore the exchange’s access to its account. The bank had blocked Bits of Gold’s account over regulatory concerns.

Bank Leumi had accused the exchange of providing unauthorized online gambling services and using its account with the bank for gambling-related transactions. Online gambling is banned in Israel and financial institutions are prohibited from facilitating transmissions of gambling money.

After the Supreme Court’s ruling on Monday, Bank Leumi will have to allow Bits of Gold to use its services, despite its clear unwillingness to do so. Commenting on their legal victory, Yuval Roash, CEO of the exchange, said that “this is an exciting moment for us as a company and for the [cryptocurrency] community in general.” He added that they have “worked hard to set up a company which met regulatory requirements, in a new industry, and those efforts paid off.”

Despite Monday’s ruling, the Israeli Supreme Court clarified that it would not interfere with the bank’s customary anti-money laundering procedures. Presiding judge Anat Baron said, as cited by CoinGeek, that:

“This court order is not intended to harm the bank’s rights to analyze with specificity every transaction that takes place with the bank account or to take any actions that are related to minimizing risks, which become transparent through the activities of the company.”

This is not the first time that Bits of Gold and Bank Leumi have locked horns in court. Last year, the Supreme Court sided with the exchange paving the way for it to use banking services provided Bank Leumi. According to Israeli financial news website Finance Magnates the reason why Bank Leumi has blocked Bits of Gold’s access to its services after last year’s Supreme Court ruling could lie behind the fact that that ruling was only “temporarily binding.”

Founded in 2013 in Tel Aviv, Bits of Gold is a cryptocurrency exchange with more than 50,000 registered customers. According to the company’s LinkedIn page, its customers include private investors, high-tech companies, investment houses, hedge funds, and non-profit organizations, among others.

News about Bits of Gold’s legal triumph arrived shortly after Israel’s Central District Court delivered a ruling that will have serious implications for cryptocurrency traders in the country. The court ruled that cryptocurrenices are an asset rather than a currency, which means that they are liable to a capital gains tax.

According to the Central District Court, cryptocurrencies cannot be deemed a type of currencies because of uncertainty over their existence in future as well as over whether they can be replaced by other virtual currencies.

The ruling was prompted by a case filed by the founder of blockchain company DAV, Noam Copel, against the Israel Tax Authority. The government agency has maintained that cryptocurrencies cannot be classified as a currency as they lack physical manifestation, an important feature in Bank of Israel’s definition for a currency.