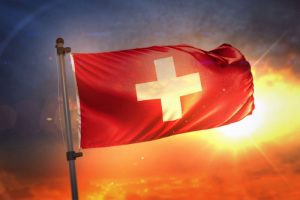 iSoftBet has become the latest online casino content provider to boast early entry into the Swiss online gambling market. The company announced Friday that it is gearing up preparations for the launch of its titles in the newly reorganized space from July 1.

iSoftBet said that it would supply the locally authorized casino brands with more than 70 of its best-performing in-house slots. The company has recently been authorized to enter the Swiss market ahead of its official opening this coming Monday. Titles such as iSoftBet’s recently rolled-out Book of Immortals, Lucky Stripes, Hot Spin, and Jumbo Stampede as well as older releases will all become available to Switzerland-facing operators and their gambling customers.

Switzerland will be the 16th regulated market iSoftBet will enter and will provide its content and Gaming Aggregation Platform (GAP) in. Prior to its certification by Swiss authorities, the supplier has been authorized to offer its products in the UK, Italy, Belgium, Spain, Portugal, Lithuania, Latvia, and Estonia, among others.

News about iSoftBet’s plans to enter Switzerland arrive shortly after it became known that four of the country’s land-based casinos have received federal approval to launch their online casinos on July 1, with those four being Grand Casino Baden, Grand Casino Luzern, Casino Davos, and Casino Pfäffikon.

Switzerland passed its new gambling law last year. The country’s Gambling Act also gained support from voters in a nationwide referendum that took place last summer. Under its provisions, only Switzerland’s 21 land-based casinos are allowed to provide online gambling. Foreign companies can only enter the local market through a partnership with any of these 21 brick-and-mortar properties.

The new rules took effect on January 1, 2019, but it will be on July 1 when the nation’s first online casinos will go live.

Excited with the Potential of the Swiss Market

Commenting on their upcoming launch in Switzerland, iSoftBet’s Chief Commercial Officer, Michael Probert, boasted phenomenal 12 months for his company and said that they are “very excited with the potential of the Swiss market and what the future holds as iSoftBet continues to go from strength to strength.”

iSoftBet Compliance Manager Mark Halstead added that the launch of their content in the newly reorganized Swiss market marks “another landmark moment for the business” and shows “how ahead of the curve we are in entering the latest regulated and regulating markets.”

iSoftBet recently announced another important partnership that would help it solidify its position in a regulated online gambling market. The company announced that it has penned a content distribution deal with Portuguese gambling brand CasinoSolverde.pt for the launch of its full library of games.

In addition, CasinoSolverde will be able to select from more than 3,000 gaming titles by game developers that have integrated their content into iSoftBet’s GAP platform. iSoftBet’s content aggregator contains games by more than 46 international providers.