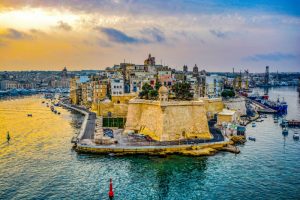 Online and mobile casino content supplier iSoftBet today announced that it has moved to set foot in Malta with the opening of its new hub in the Mediterranean island nation.

iSoftBet is opening its Maltese office this week ahead of the sixth SiGMA iGaming conference, which is set to take place between November 27-29 in Malta.

News about the launch of the provider’s Malta hub came on the heels of last month’s announcement that it has obtained a B2B license from the Malta Gaming Authority.

iSoftBet’s new office is located in the North Business Center in Sliema, Malta. The hub is set to host the content supplier’s rapidly growing data team, whose members are tasked with providing iSoftBet with powerful data-driven insights, as well as local account managers who will be able to connect more easily with Malta-based clients.

The iGaming supplier is headquartered in London and also has offices in Bucharest and Timisoara, Romania.

The company noted in a press release distributed earlier today that it is opening its new Malta hub as it prepares to launch some of its most important titles of the year, with some of those being Aztec Gold Megaways, the first Megaways title by the major supplier, and Hot Spin Deluxe, the highly anticipated sequel of its hit slot Hot Spin.

iSoftBet said that the opening of its Malta office and the recently obtained B2B license from the local gambling regulator are two “key regulatory landmarks” as a host of well-known iGaming brands are investing heavily in the “fast-growing jurisdiction” and are looking for proven and fresh content during the busiest time of the year for the industry.

Commenting on their Malta entry, iSoftBet Chief Commercial Officer Michael Probert said that the new hub will enable them to “grow and develop our data team who are crucial to the long-term success of the global business” and to “get closer to our clients and work side-by-side with them.”

Mr. Probert went on that Malta is a key jurisdiction for them and that they are delighted to “become a permanent fixture” within the local business community.

It was in mid-October when iSoftBet announced that it has been awarded a B2B license in Malta. The new license enabled the company to supply more than 100 of its most popular titles to a host of MGA-licensed tier-one online gambling operators.

Overall, iSoftBet’s portfolio of content includes over 150 proprietary casino titles that are certified to be provided in 16 of the world’s largest regulated markets. It also offers more than 4,500 games by third-party developers and providers on its Game Aggregation Platform (GAP).

Mr. Probert said today that 2019 has been yet another record year for his company and they are pleased to be rounding it off with a Malta license and physical presence in the tiny Mediterranean island nation.