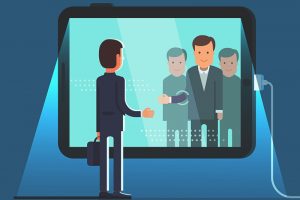 The Indiana Gaming Commission will hold a virtual meeting this coming Friday to review the license application of Spectacle Jack LLC for a casino in Vigo County.

The seven-member panel was originally supposed to announce its decision on the casino proposal in March, but postponed its ruling after news emerged that Spectacle executives were allegedly involved in a political scandal dating back 2015.

Spectacle and its partner Florida-based gaming and hospitality company Hard Rock International want to build a 100,000-square-foot inland casino in the Vigo County city of Terre Haute. The facility, which will operate under the Hard Rock brand and will be called Rocksino will feature table games, slot machines, and sports betting.

The project also includes a 300-seat entertainment theater and dining outlets. Spectacle plans to spend about $125 million on the development of its casino complex. It could potentially create more than 600 jobs.

Spectacle previously ran two Majestic Star riverboat casinos in Gary. After the Indiana Legislature approved a sweeping gambling reform last summer, the casino operator was allowed to use one of its Majestic Star licenses to build a casino resort in Gary. Spectacle had to surrender the other license to the state gambling regulator.

The company later applied for the vacant license, which the Gaming Commission had designated for a casino in Terre Haute. Spectacle was the only applicant for that license.

News broke in January that a federal elections campaign case was prosecuted in Virginia and that it involved executives at Spectacle Entertainment, parent company of Spectacle Jack.

According to court papers, a Maryland-based political consultant had pleaded guilty to illegally directing funds from an Indiana-based casino operator to a state lawmaker who ran for the US Congress in 2015.

The casino operator was identified as Company A in court papers, but the Indiana Gaming Commission said in January that the company in question was Centaur Gaming and that the federal case involved executives at that company.

Both have now stepped away from Spectacle’s Vigo County scheme to expedite the company’s license application process.

According to court papers, a Virginia-based political consultancy firm had made illegal campaign contributions to former Indiana Senator Brent Waltz, including $15,000 from Centaur Gaming. The former lawmaker ran for the US House of Representatives in 2015.

The Indiana Gaming Commission has carried out its own investigation into the matter. The regulator is set to reveal more information about its findings during its Friday meeting.