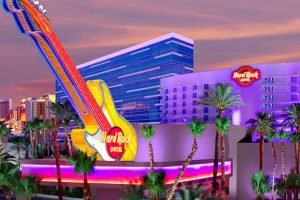 Hard Rock International will present its proposal for a casino in Rockford, Illinois early next week. News about the company’s plans to enter the state’s casino market come shortly after Gov. J.B. Pritzker signed into law a gambling expansion bill that, among other things, authorizes the addition of up to six new casinos around Illinois.

Hard Rock CEO Jim Allen and Cheap Trick guitarist Rick Nielsen will host an invitation-only announcement at noon on Tuesday at the site of Rockford’s former Clock Tower Resort. The location is believed to be a front-runner in the race for the Rockford casino license.

Hard Rock said that it would not reveal details about their Hard Rock Casino Rockford proposal before Tuesday’s event.

The construction of a casino in Rockford is projected to generate 600 temporary and about 900 permanent jobs. The property is expected to contribute between $4 million and $8 million a year in tax revenue for the city.

Commenting on the upcoming announcement, Rockford Mayor Tom McNamara said in a Friday statement that the city is not endorsing the Hard Rock Casino proposal, and that no site has been selected at the time.

Hard Rock’s proposal will be the first one received by the city after it issued on July 3 a request for casino proposals. Responses to the request can be submitted by August 16.

What’s Next in the Casino Proposal Selection Process? 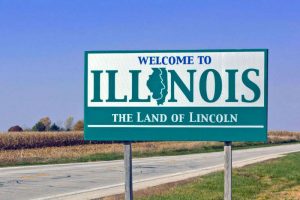 Rockford published its request for proposals just days after Illinois’ gambling expansion bill took effect. As mentioned above, interested developers will be able to submit their responses until mid-August.

A public hearing will be held on September 23 so that Rockford residents are given the chance to voice their opinion on the matter. The City Council will certify the proposers by September 30 and will file the applications with the Illinois Gaming Board. The state gaming regulator will have the final say in the choice of a preferred developer of Rockford’s new casino.

While Hard Rock is the only casino operator that has moved to publicly reveal a proposal, city officials believe that more major developers will express interest in the coming months.

Mayor McNamara said that they hope the Gaming Board also approves the construction of a temporary casino that will remain operational while the main casino is under development.

Of the potential for a major casino and hospitality operator to build a Las Vegas-style gambling facility in their city, Mayor McNamara only said that they are really excited and that they anticipate multiple proposals from national operators, which they are anxious to begin reviewing.

Earlier this year, Hard Rock revealed that it has joined forces with Warner Gaming of Las Vegas to bid for the right to build a casino in Pope County, Arkansas. Under the two companies’ proposal, the $230 million Hard Rock-branded resort would feature 1,150 gaming machines, 28 table games, a poker room, and a sports betting facility, among others.

Last month, the Arkansas Racing Commission rejected Hard Rock’s proposal along with four others, saying that all bids were incomplete as none of them had received letters of support from city and county officials.