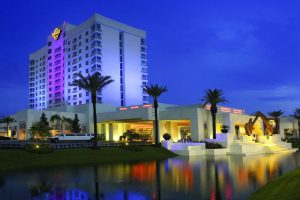 Seminole Hard Rock Hotel & Casino in Tampa, Florida has begun the search for 1,200 new full- and part-time employees as the property is nearing the completion of a $700 million expansion that kicked off last spring.

Officials for the hotel and casino resort have announced that the property will host a job fair on June 4 and 5 as it looks to fill up 1,200 newly created positions. The Tampa complex is looking for full- and part-time as well as for on-call team members. The new roles include cooks, staff for the property’s restaurants, beverage servers, security officers, and hotel and casino staff, among others.

New jobs are available at the resort after owners announced a massive $700 million expansion project about this time last year. The property is owned and operated by the Seminole Tribe of Florida and its gaming and hospitality business Hard Rock International. Construction work began at the Tampa property about this time last year and is expected to be completed in October. Owners have invested more than $700 million into expanding the hotel and casino complex. The project involves the addition of a 15-story hotel tower with 564 rooms and suites that will bring the resort’s accommodation options to 800 rooms and 88 suites.

Hard Rock Tampa will also see its gaming floor expanded. Once the project is finalized, the property’s casino will feature around 5,000 slot machines and 200 gaming tables. There will be private gaming space for VIP patrons on the top floor of the new hotel tower.

Hard Rock will also add a 30,000-square-foot event center with a 17,000-square foot ballroom. Guests of the resort will be pampered at a new 25,000-square-foot spa. The expansion project includes the addition of three outdoor pools as well as a 120-seat pool grill, among other amenities.

The Seminole Tribe is currently expanding one more of its Florida properties – the one based in Hollywood. The hotel and casino resort is undergoing a $1.5 billion revamp that, among other things, includes a 36-story guitar-shaped hotel tower, expanded gaming space, new theater, and new recreational areas.

The 36-story, 450-foot-tall tower is on track to launch in August. The whole project is expected to be completed ahead of the next Super Bowl, which will be played at Hard Rock Stadium in Miami Gardens, Florida next February.