Group to Provide Training for Jobs at Rockford’s Future Casino 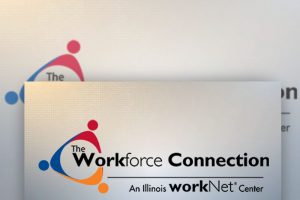 City staff in the Illinois City of Rockford is working with The Workforce Connection to make sure that interested residents will be provided with proper training for jobs at the city’s future casino, local news outlets reported last week.

Rockford is one of the six locations listed in the recently approved gambling expansion legislation as the hosts of up to six new casinos.

The Rockford City Council invited this summer developers interested in building and operating the city’s future casino to submit their proposals. As many as three bidders took part in the process and city officials recommended last week a project pitched by Florida-based gaming and hospitality company Hard Rock International.

As Rockford’s preferred casino developer became known, many residents of the city have started asking when the jobs application process will open. While the Hard Rock proposal may have been backed by city officials, including Rockford Mayor Tom McNamara, it is the Illinois Gaming Board that has the final say over which of the three interested developers will be granted a casino license for the operation of the city’s future gambling venue.

But while gaming officials review the three license applications, Rockford’s The Workforce Connection is working closely with city staff to ensure that future casino employees will receive proper training.

Lisa Bly of The Workforce Connection told local media that they are working with city staff to be able to offer pre-apprenticeship programs to those interested to apply for jobs at the city’s future casino.

Ms. Bly explained that “pre-apprenticeship programs are what they’re called where the individuals are training on the application process and they are trained on refining their skills as it relates to mathematics and measurements and different things of that nature.”

As mentioned above, Rockford’s request for proposals process drew three bidders. The first one – Hard Rock – wants to build a casino complex at the site of the former Clock Tower Resort just off Interstate 90.

The property would cost “hundreds of millions of dollars” and would feature a casino, a Hard Rock Cafe, and a live entertainment venue, among other facilities. Hard Rock CEO Jim Allen said that they could add a hotel in future. The first phase of the resort could be completed in between 12 and 14 months.

Rockford’s Mayor said last week that the Hard Rock proposal was “the most complete and sound” one with a credible financing structure and realistic and sustainable gambling tax guarantees. Hard Rock would annually make minimum payments of $7 million to the city in addition to revenue sharing payments.

Wisconsin-based Gorman & Co developer wants to build a casino resort in downtown Rockford and connect it to its Embassy Suites & Rockford Conference Center, which is currently under development in the heart of the city.

Finally, the Forest City Casino group led by businessmen Henry Leong and Kjell Kaashagen proposes a hotel and casino resort with a golf complex and water park near the East Riverside Boulevard entrance of Interstate 90. According to reports, that project could reach $1 billion.