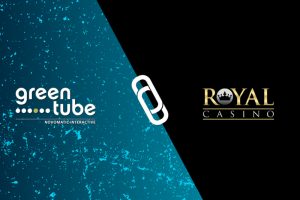 The company has rolled out a wide range of titles with RoyalCasino.dk, the online operation of local casino operator RoyalCasino Group, to mark its debut in the Danish iGaming space.

As a result from a recently signed deal between Greentube and RoyalCasino.dk, customers of the online casino operation are now offered access to the provider’s leading online slot titles, including hit games Book of Ra deluxe, Lucky Lady’s Charm deluxe, and Sizzling Hot deluxe as well as newer releases.

With a proven track record of providing land-based and later on online gambling services in Denmark, RoyalCasino is among the leaders in the local gambling space. The company was founded in 1991 and aside from its RoyalCasino.dk operation, it also runs a land-based casino in the heart of Aarhus, Denmark’s second largest city. The group is also the owner of the four-star Hotel Royal, which the company’s casino shares a building with.

Of their partnership with Greentube, RoyalCasino.dk Chief Executive Per Petersen said that they are thrilled to be the first Danish operator to offer content by one of the “leading providers in the market.” Mr. Petersen went on that they are certain their “growing customer base will enjoy the addition of its hugely popular games to our existing portfolio.”

Commenting on their Danish debut, Greentube CFO/CGO Michael Bauer said that the Danish market “is an important milestone in our strategy to supply to all European regulated markets.” He further pointed out that “Denmark is a role model for online regulation and demonstrates how an effective regulator can achieve high rates of channelization.”

Many of Greentube’s successful land-based titles have in recent years been adapted for the online and mobile channels in response to the growing demand for digital gambling content.

Mr. Bauer said that “RoyalCasino.dk is the perfect partner as we once again enter a new market with and existing land-based customer” and that their partnership will certainly “fuel growth on both sides.”

As mentioned earlier, Greentube recently celebrated its entry in the Swiss gaming space. The company was able to enter that market though a partnership with Switzerland’s Grand Casino Luzern, which launched its mycasino.ch real-money gaming website earlier this year under the nation’s updated gambling law.

Greentube has also recently secured expansion in the highly attractive LatAm region through a deal with US online gambling operator Rush Street Interactive, the digital business of land-based casino firm Rush Street Gaming. Under the terms of that deal, Greentube has agreed to supply its content with Rush Street’s operation first in Colombia and later on across Latin America.