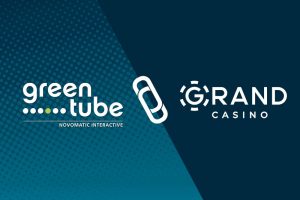 Online casino games provider Greentube, a division of NOVOMATIC Interactive, has celebrated its first foray into the regulated Belarusian iGaming market with its recent launch with locally authorized operator GrandCasino.

Under a content delivery deal between Greentube and GrandCasino, the supplier has provided its new client with access to its iconic Multi-Gaminator games, including Book of Ra, Lucky Lady’s Charm, Sizzling Hot, and Dolphin’s Pearl. All these titles and more are now available to GrandCasino’s players in Belarus.

Greentube also revealed that more top performing content from Greentube Collections, an exclusive portfolio which comprises all of the supplier’s online casino games, are planned to be integrated with GrandCasino in the coming weeks and months.

It should also be noted that Greentube’s content is not entirely new to GrandCasino’s regular players. The games provider’s titles have long been available and played by patrons of GrandCasino’s widely popular and well-established land-based casino which is located in Minsk.

After building its brick-and-mortar business, GrandCasino then ventured into the online gaming space. The operator was among the first to obtain a license to provide iGaming products in Belarus in 2019 after the country reorganized its market and created a licensing system enabling operators to operate in a regulated environment.

As noted above, Greentube’s partnership with GrandCasino marks the provider’s entry into the Belarusian market and another milestone in its growth strategy to constantly grow its regulated footprint.

Greentube has taken its content live into several new markets this year, with Denmark and Paraguay being the most recent ones. The company has also consistently expanded its presence in existing markets across Europe and Latin America through strategic partnerships.

Commenting on their expanded partnership with GrandCasino, Greentube CFO/CGO Michael Bauer said that NOVOMATIC’s games are leaders in Belarus’ land-based sector and that these drive both domestic patrons and gamblers from neighboring countries to the nation’s land-based casinos.

Mr. Bauer went on to say that the are pleased to can now also offer their content online with such a renowned operator. The Greentube official further noted that it has been an extremely successful year for the company and their entry into Belarus represents another jewel in their crown as they continue to expand and grow their regulated foothold.

Andrey Dvoretskov, Director at GrandCasino, said that they aim to create an innovative and secure gaming platform for their customers where they can play high-quality games. Mr. Dvoretskov added that Greentube’s content has significantly strengthened their offering and that they are thrilled to be the first operator in Belarus to offer the provider’s online gaming titles.