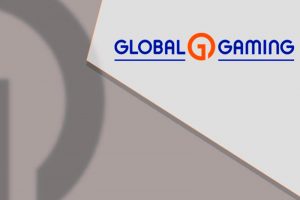 Online gambling company Global Gaming today confirmed the appointment of Tobias Fagerlund as its CEO and President with immediate effect from today, July 2. Mr. Fagerlund has served as the operator’s Acting CEO since April when he replaced Joacim Möller.

News about Mr. Fagerlund’s appointment came two weeks after one of Global Gaming’s subsidiaries, SafeEnt Limited had its operating license yanked by the Swedish Gambling Authority and was ordered to discontinue operations in Sweden due to multiple serious violations of the country’s gambling law.

Commenting on Mr. Fagerlund stepping in as Global Gaming’s new Chief, the company said that his experience in the gambling industry and change management, “coupled with his deep understanding of our current situation” and a number of personal qualities required by said situation, “clearly make him the right person to shoulder the great responsibility and challenge entailed.”

Last month, Spelinspektionen, the Swedish gambling regulator, announced that it has revoked the license of Global Gaming’s Sweden-facing subsidiary for poor anti-money laundering controls and KYC processes as well as for multiple other violations of the Scandinavian nation’s new rules. Sweden’s new gambling law took effect on January 1, 2019 to open the local gambling space to international operators.

Global Gaming, which is the owner of Ninja Casino, appealed Spelinspektionen’s decision and asked court to allow it to resume operations in Sweden. The Linköping Administrative Court sided with the gambling regulator in a ruling issued late last month, which Global Gaming moved to appeal. 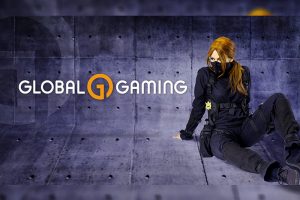 Of his appointment as the new CEO of the online gambling group, Mr. Fagerlund said that he has agreed to take on the role with “confidence and humility.” He added that he “would have naturally preferred to be appointed under different circumstances, but I have no reservations in accepting it.”

Mr. Fagerlund also elaborated on Global Gaming’s Swedish license revocation, saying that Spelinspektionen’s decision was “incorrect and disproportionate” and that his company is compliant with the requirements of Sweden’s gambling law. The new Global Gaming CEO added that he has faith in the judicial process and looks forward to a positive outcome.

Meanwhile, he noted that the fact Global Gaming was ordered to cease operations in Sweden is damaging to the company, its customers, its employees, and its more than 6,000 shareholders.

Mr. Fagerlund stepped in as Acting CEO of the gambling operator late in April. He was asked to step in as Global Gaming was looking to adapt to tough operating conditions in its main Swedish gambling market and was undergoing major changes.

Prompted by the current operational environment in the company’s core jurisdiction, its board decided that its adaptation should be further intensified and that “the extensive work and the way forward” needed a new leadership.

Prior to joining Global Gaming, Mr. Fagerlund had served as CEO of the Spiffx betting exchange. He has remained a member of its board and is also a partner in online casino content provider Relax Gaming.