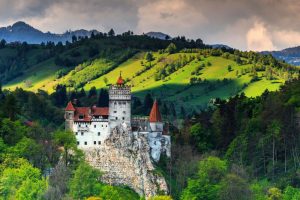 News about GiG’s Romanian expansion arrive shortly after it became known that the company got regulatory approval to enter the Spanish online betting and gaming market.

According to a press release issued today on the official website of the online gambling group, it has been granted a Class II license by Romania’s gambling authority, Oficiul National Pentru Jocuri de Noroc (ONJN). The ONJN license means that the company can begin referring traffic to online casino and sports betting operators that are authorized to provide their services in Romania.

GiG will enter the Romanian affiliate marketing space with its Media Services operation, which runs the media assets, publishing and paid media teams of the gambling group. The company said in today’s press release that the newly obtained license will enable it to “take advantage of its proprietary technology and know-how” and comes in line with its strategy to introduce its products and services to regulated markets.

Romania’s gambling market is believed to be worth €1.3 billion in terms of annual revenue generated, according to data released by H2 Gambling Capital. Online gambling is estimated to represent 19% of the whole market. Experts believe that the regulated digital sector is poised to grow significantly in the next five years and to claim a 30% share of the country’s whole market by 2024.

Commenting on their upcoming Romanian entry, GiG’s Chief Operating Officer, Richard Brown, said today that they are excited to extend their reach by “starting to refer end users to operators with a Romanian license” and that they will be able to utilize the full range of marketing channels available both across the online sports betting and casino sectors.

As mentioned earlier, news of GiG’s Romanian affiliate marketing license arrived just days after the company announced that it will expand in the Spanish online gambling market through licenses from the local gambling regulator DGOJ.

The gambling group said earlier this week that it plans to enter Spain with one of its flagship brands – Rizk. GiG has been authorized to provide both online sports betting and casino gaming services. The company further revealed that it plans to launch its Spanish operation sometime in the fourth quarter of the year and to scale up business in the first quarter of 2020.

GiG will also be able to provide B2B services to locally licensed operators, it further became known. The company’s Spanish licenses represented an important milestone in its strategy to establish itself as a leader in a number of regulated markets with its B2C brands, while expanding globally its B2B operations through major distribution deals.

Aside from the recently secured Spanish and Romanian licenses, GiG also currently holds licenses by the gambling regulators of Malta, the UK, Sweden, Latvia, and the German state of Schleswig-Holstein.