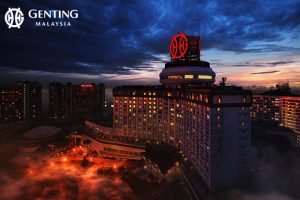 Casino and hospitality giant Genting Malaysia Bhd. will be able to use some 21st Century Fox intellectual property for a theme park at its Resorts World Genting property near Kuala Lumpur after settling with Fox and its new owner Walt Disney Co.

Bloomberg reports that the three parties have recently resolved a $1 billion legal dispute initiated by Genting this past fall after Fox pulled out of a project for the development of the first Fox World-branded theme part in the world.

Genting and Fox originally entered into agreement in 2013, under the terms of which the casino company was to use Fox intellectual property for an entertainment park at Resorts World Genting. The property is located not far from the Malaysian capital, Kuala Lumpur, and features the country’s only casino, among numerous other amenities.

Genting moved to add a theme park at the resort in a bid to increase the property’s appeal to Malaysia’s predominantly Muslim population. The attraction was also part of the company’s strategy to boost tourist visits to 30 million a year by 2020.

Under a settlement between Genting, Fox, and Disney, the theme park will not carry the Fox World name, but will still use some Fox intellectual property. The involved parties agreed to dismiss all claims and counterclaims filed last fall and earlier this year.

How the Legal Dispute Started? 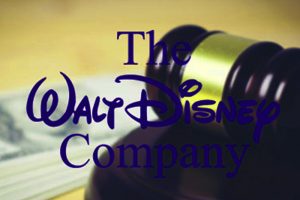 Genting started the legal dispute last fall by filing a 29-page legal complaint in a Los Angeles federal court. The company sought more than $1 billion in damages from Fox and Disney for abandoning the theme park project.

Genting and Fox signed their contract for the Fox-branded theme park in 2013. The Malaysian casino group claimed in its lawsuit from last year that Disney, which was at the time entering the final stages of the $71.3 billion acquisition of a set of Fox entertainment assets, meddled with the theme park deal. According to the legal complaint, Disney did not want Fox to be involved with a gambling company as such involvement would not fit Disney’s family-friendly brand strategy.

Genting accused Fox and Disney in bad-faith behavior and argued that it would suffer massive losses as a result from Fox’s decision to pull out of the theme park scheme.

Earlier this year, Fox and Disney countersued Genting, seeking nearly $50 million in annual license fees, royalties, and travel reimbursements pursuant to the Memorandum of Agreement signed between Fox and Genting back in 2013.

Of its decision to withdraw from the project, Fox has said previously that Genting had failed to meet the deadlines they had agreed upon.

Commenting on the announcement that the two parties have settled their dispute, AllianceDBS Research analyst Cheah King Yoong said in a Friday note that the “full resolution of the Fox saga is a positive development for Genting Malaysia” as it removes “a major uncertainty” for the gaming and hospitality group.

The resolution of the legal dispute catapulted Genting’s stock to an eight-month high on Friday.