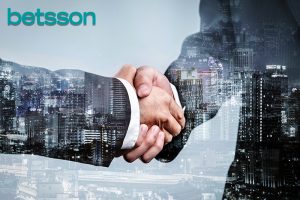 Developer and provider of mobile-first online gaming platform and content for the iGaming industry Gaming Realms today announced that it inked a licensing agreement with Swedish online gambling operator Betsson for its Slingo range.

Under the terms of the distribution deal, Betsson will roll out Gaming Realms’ Slingo games across its network of international brands.

Betsson is licensed to operate in 12 regulated European markets through its network of brands, which include its flagship Betsson operation as well as Betsafe, NordicBet, CasinoEuro, and Europebet, among others.

Gaming Realms said today that through its recently penned deal with the major Swedish operator, it would be able to expand its international footprint and cement its presence in the UK and the Scandinavian markets.

Gaming Realms will be able to distribute its Slingo games across Betsson’s brands via its latest content distribution partner Relax Gaming. The two companies announced their partnership this past June. Under the terms of their agreement, Relax Gaming added Gaming Realms’ Slingo range to its platform and make it available to its B2B network of clients and their gambling customers. The deal covered Gaming Realms’ Deal or No Deal Slingo, Rainbow Riches Slingo, and Monopoly Slingo titles.

With Betsson providing its services in a number of markets, Gaming Realms will be able to gain access to a wider customer base. Commenting on their licensing deal with the gambling operator, Gaming Realms CEO Patrick Southon said that it would “not only bring our collection of Slingo games to new audiences internationally”, but will also “reinforce our existing presence in the UK and in particular Scandinavia, where there is a significant appetite for mobile gaming.”

Gaming Realms’ shares rose 3.9% to 6.4p per share in the early hours of trading on Wednesday on the back of news about its licensing agreement with Betsson.

As for the Swedish gambling operator, this is a second major deal it has penned in recent weeks. Late last month, the operator announced that it has teamed up with fellow Gaming Innovation Group to take advantage of its GiG Comply product.

The deal would help Betsson strengthen control over its third-party advertising partners and protect its brands from being advertised on prohibited websites. The move comes amid regulatory pressure related to gambling operators’ advertising practises in a number of major regulated jurisdictions across Europe, including the United Kingdom and Sweden, which reorganized its online gambling market early this year.

Of their partnership with GiG, Betsson CCO Ronni Hartvig said that the GiG Comply tools would “reinforce Betsson Group’s existing compliance processes” and would support the operator “in guaranteeing that affiliate activity and marketing is compliant and sustainable.”

It was last month again when Betsson announced that it would look to expand its presence across regulated and soon-to-be-regulated markets in order to offset strong Swedish headwinds that impacted its profitability in the second quarter of the year.