Gambling Operator to Build Two POGO Hubs in the Philippines 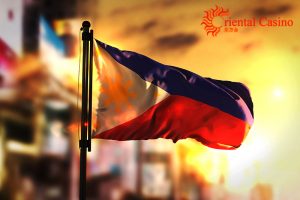 The two hubs will be able to host Philippine Offshore Gaming Operators (POGO) that are licensed by the Philippines’ gambling regulator, PAGCOR, to provide their services to customers located outside the country.

Oriental Group revealed that it is investing PHP8 billion for the development of a 20-hectare POGO hub in Cavite City in the south. The hub, the larger of the two, will be able to accommodate 20,000 workers.

The other hub is set to be developed in Clark City, north of Manila. The first phase of the project will occupy 10 hectares and will be able to accommodate 5,000 workers.

Commenting on the news about the two new hubs, PAGCOR Chairwoman Andrea Domingo said today in Manila that “POGO is legal and is here to stay”, referring to the quick growth of the sector since the introduction of the POGO initiative in 2016.

Philippine President Rodrigo Duterte authorized the issuance of POGO licenses in 2016. The licenses enable online gambling companies to set up business in the Philippines as long as they make sure that their products are only provided to customers located outside the country.

The POGO initiative saw an influx of Chinese workers who have been getting jobs in the Philippine online gambling sector, seeking better working conditions than those they are offered in their homeland.

It is believed that the POGO sector employs around 138,000 people, mostly Chinese citizens. According to official statistics, the industry is poised to surpass call centers as Manila’s top new office space user by the end of the year. PAGCOR’s boss said today that POGO license holders that opt to operate in one of the two new hubs will be issued five-year licenses instead of the regular three-year permit others are awarded. The move is hoped to lure more offshore operators to the new facilities, once they are fully operational.

Of their decision to invest big in the two gaming hubs, Oriental Group’s General Manager Kevin Wong said during the Phil-Asian Gaming Expo, which kicked off today in the capital Manila, that “with all the social tensions, we want to put everyone together.”

The two hubs will also be able to help the Philippine government monitor the number of workers within the nation’s offshore gambling industry and whether they have the required valid documents to work in the Philippines.

News about the new hubs emerged just as the Philippine Department of Finance announced that it has signed a deal with the POGO sector as part of a looming crackdown on operators who employ undocumented Chinese workers.

Under the terms of the deal, workers employed by POGO operators will have to receive a set of documents by the Philippine Bureau of Internal Revenue and the Bureau of Immigration that would ensure they are fully compliant with the nation’s tax regulations.

Mr. Wong said that the two new hubs will assist the government in its effort to tackle the widespread practice of POGO license holders hiring undocumented workers as the competent government agencies will have offices in each of the two hubs.