Future of Massachusetts Sports Betting at Focus at Upcoming Hearings 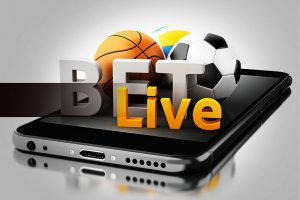 State lawmakers to consider nine sports betting bills, including one authored by Gov. Baker, during two hearings this week

Several bills calling for the legalization of sports betting in Massachusetts will be discussed by the Statehouse during two hearings scheduled for this week. If the matter survives through the Legislature, Massachusetts could become only the second state in New England with legal sports gambling, Rhode Island being the first.

The Joint Committee on Economic Development and Emerging Technologies is set to hear on Tuesday testimony from invited guests on why wagering should or should not be regulated in the state at the first of the two hearings. The second hearing, which will take place the following day, will be open to public testimony. At focus will be nine sports betting bill filed to the Legislature since the beginning of the year.

The gambling landscape in Massachusetts is about to change drastically very soon as Wynn Resorts is gearing preparations for the opening of Encore Boston Harbor, its $2.6 billion integrated resort located in the City of Everett in the lucrative Greater Boston area. The property is slated to open doors on or around June 23 and will feature the state’s second commercial casino, among multiple other amenities.

Sports Betting On The Agenda 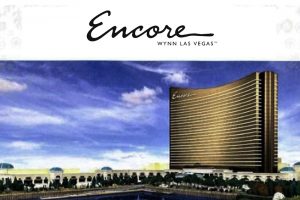 A bill filed by Massachusetts Gov. Charlie Baker would be among the pieces of legislation to be discussed during the upcoming hearings. With the sports betting push already having won approval from the state’s top official, its ride through the Legislature could much smoother than in other states where sports gambling is on the legislative agenda.

Gov. Baker said upon introduction the piece that the regulation of betting is “an opportunity for Massachusetts to invest in local aid while remaining competitive with many other states pursuing similar regulations.”

Under Gov. Baker’s bill, Massachusetts could reap an estimated $35 million in revenue from legal sports betting on professional sports. The piece of legislation prohibits wagering on high school and collegiate sports as well as on eSports.

The bill provides for the legalization of both in-person sports betting at the state’s casinos as well as of online wagering. Massachusetts currently has one full-scale casino – the facility at MGM Springfield. As mentioned above, the state’s casino market will soon expand with the planned opening of Encore Boston Harbor.

Brick-and-mortar betting operations will be taxed at 10% on revenue, under the Governor’s bill, while online sports betting operators will have to contribute 12.5% of their annual revenue to the state.

The bill also contains a provision that would require daily fantasy sports operators to pay a 12.5% tax on revenue from their operations. The practice is currently legal in Massachusetts, but not taxed. The taxation of fantasy sports contests will “level the playing field” as Gov. Baker put it in his legislation.

The potential legalization of sports betting in the state has prompted concerns about the impact of the practice on residents of Massachusetts. The state Council on Compulsive Gambling has urged the Governor and other proponents of the legalization of wagering in the Legislature to ensure that proper protection mechanisms are adopted, in case the activity gets legalized.

The council has also noted that betting funds should be directed towards responsible gambling programs and ones dedicated to helping problem gamblers. Other recommendations made by the council include the introduction of a self-exclusion system, requiring gambling venues to add visible signs with gambling helpline numbers and other related services, and setting a minimum wagering age of 21.