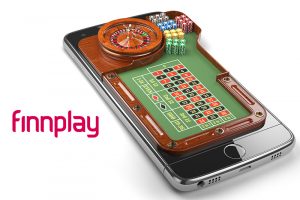 Nordic online gambling technology and platform provider Finnplay has received an Online Casino License by the Danish Gambling Authority, Spillemyndigheden, that enables the company to conduct B2C online casino activities on the territory of Denmark.

Finnplay’s license from the Danish regulator continues a recent successful streak of new licenses and license extensions for the company, which specializes in the provision of solutions and technology for the international iGaming industry as well as the provision of B2C services through subsidiaries.

Aside from the newly obtained Danish license, Finnplay is also authorized to operate in the gaming markets of Belgium, Bulgaria, Hungary, Malta, Mexico, Romania, Sweden, and the United Kingdom.

Commenting on the latest milestone in his company’s expansion across regulated markets, Finnplay Group CEO Martin Prantner said that “this new Danish license presents a great opportunity for Finnplay and our operating partners” and that their strong record of compliance in regulated markets and across the Nordics “will help ensure a smooth and successful entry to the Danish market.” It is yet to be seen when exactly that entry will take place.

Finnplay was founded in 2008 in Finland. The company provides a real money gaming platform that includes thousands of games by more than 75 content providers, more than 70 payment providers, front-end, and all-in-one back office. Finnplay is headquartered in Helsinki, Finland and has offices in Malta and Hong Kong.

Finnplay’s Danish license was the latest of recent licensing milestones celebrated by the gambling group. Last month, the company announced that it had been granted a Class 2 sports betting license that enables it and its brand and platform partners to provide online sports betting services.

In October, Finnplay became one of the companies that were able to secure license extension in Sweden.

Finnplay was able to cement its presence in the newly liberalized Swedish online gambling market over the summer through a partnership with Swedish gambling group Global Gaming. The partnership between the two major companies resulted in the successful launch of the NanoCasino online gambling brand in August.

In September, Global Gaming transferred its flagship NinjaCasino.se domain to Finnplay. Of the move, Global Gaming CEO Tobias Fagerlund said that they did not want the Ninja Casino brand’s “enormous value” and potential in Sweden to go to waste.

The Swedish gambling group had its license revoked by the local gambling regulator in June over serious shortcomings in the company’s anti-money laundering and know-your-customer procedures. Global Gaming appealed the revocation of its license but was ordered to suspend its Swedish operations while the Swedish Gambling Authority’s decision was under review.

Several courts have sided with the regulator over the past six months, but Global Gaming has remained adamant that its operations were fully compliant and that it would keep seeking remedy for the wrong it has sustained.