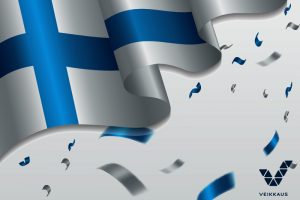 Finnish TV channels and radio stations could lose their licenses if found to be airing adverts of illegal casino, betting operations

Finland’s National Police Board and the Finnish Transport and Communications Authority (Traficom) said earlier this week that they would step up efforts to crack down on TV and radio ads of illegal gambling operations.

Under Finnish law, the state-run Veikkaus is the only operator authorized to provide gambling services on the territory of the Scandinavian nation and the only one that is allowed to advertise its products across Finnish media.

The company was formed in early 2017 through the merger of three operators – horse racing operator Fintoto, Finland’s Slot Machine Association (RAY), and lottery operator Veikkaus. The Finnish gambling monopoly’s operations have suffered for years from international operators who have been luring customers away from regulated operations, despite the rules and regulations in place.

Local news outlet Yle reported earlier this week that the Police Board and Traficom’s looming clampdown would affect not only unlicensed gambling operators, but also TV channels and radio stations that air gambling adverts of unlicensed operators. A TV channel or a radio station can thus have their licenses revoked by watchdogs, if they are caught to have repeatedly violated regulations concerning the promotion of gambling products.

News about the Police Board and Traficom joining forces to clamp down on ads of unlicensed gambling products arrive shortly after the Finnish National Institute for Health and Welfare – Terveyden ja hyvinvoinnin laitos (THL) – urged Veikkaus to bring its marketing campaigns in line with the nation’s existing health policy communications.

According to THL, the wording of the gambling operator’s ads sends messages that do not provide enough information about the risks associated with gambling, but only encourage people to gamble. The Institute further elaborated that gambling ads should be treated and therefore regulated in the same manner as alcohol and tobacco ads, that is products that carry a high risk of harming consumers.

THL also noted that measures restricting Veikkaus’ marketing activities should be introduced. With annual marketing budget of €50 million, the gambling operator is one of Finland’s largest advertisers. 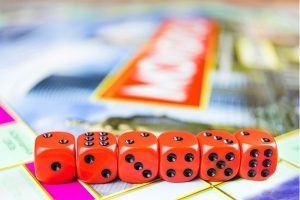 According to the results of a recent survey commissioned by the nation’s Ministry of Social Affairs and Health and conducted by Statistic Finland, Helsinki University, and problem gambling prevention group Peliklinikka, there have been certain gambling-related issues that have deepened over the past several years.

The survey’s results showed that while the number of problem gamblers has declined, the situation of people showing excessive gambling habits has worsened and intensified over the past two years. One of the reasons driving that trend is the fact that more and more people prefer gambling online to going to nearby supermarkets, bars, and casinos where they can gamble on regulated gambling machines.

Earlier this year, residents of the country started a petition, urging Veikkaus to remove its gambling machines from grocery stores and petrol stations. THL has, too, previously reached out to the operator with a similar demand.

While it is still unknown what Veikkaus will do about the growing concerns over its gambling machines, the company has revealed that it indeed intends to reshuffle its business by reducing its table gaming operations across Finnish restaurants and boosting its digital gambling arm. The move comes as part of Veikkaus’ strategy to present local gamblers with a competitive product that will lure them away from unlicensed international operators.

The company has said that it plans to invest between €4 million and €8 million into adding new online casino games and refurbishing its online gambling business. As part of the reshuffle, Veikkaus forged late last year content supply deals with NetEnt and Yggdrasil Gaming. The operator is set to go live with games by the two suppliers in the coming months.