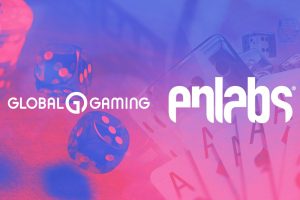 Baltics-focused online gambling operator Enlabs has made a formal offer to acquire all remaining shares in Global Gaming that it does not own already in a deal that values the latter at SEK450 million (approx. $50.7 million).

News about Enlabs’ offer emerge after the company increased in August its stake in Global Gaming to 54.06% to trigger the threshold at which it was required to make a mandatory takeover offer for its fellow online gambling operator. Enlabs has bought additional shares in Global Gaming since then to increase its holding to 66.7%.

In a statement issued Monday, Enlabs said that the remaining 13.6 million shares it does not own are valued at around SEK150 million.

Up to 4.9 million Enlabs shares may be issued in connection with the company’s offer to acquire Global Gaming.

Enlabs’ offer could mean a new direction for Global Gaming after a turbulent year for the latter operator that saw its repeated attempts to return to the Swedish gambling market fail every time. The company had its license revoked by the Swedish Gambling Authority, Spelinspektionen, in the summer of 2019.

Global Gaming Shareholders Have Until November 2 to Accept Offer

Global Gaming shareholders now have between October 5 and November 2 to accept the offer. Since the company’s chair, Niklas Braathen, also serves as chair of Enlabs’ board, Global Gaming has formed an independent bidding committee that will represent the company in connection with Enlabs’ bid.

It should be noted that news emerged Tuesday that Mr. Rasmussen will step in as acting Chief Executive of Global Gaming after its current CEO, Tobias Fagerlund, agreed to quit the role.

It became known that the specially formed committee will issue a statement on Enlabs’ offer no later than two weeks before the end of the acceptance period on November 2. This means that committee members will make a recommendation on whether Global Gaming’s shareholders should accept the offer by around October 19.

If Enlabs grows its holding in Global Gaming to more than 90%, it will delist the company from the Nasdaq First North Exchange.

In 2018, Global Gaming topped the Deloitte’s Sweden Technology Fast 50 list after recording a 97,982% growth over the preceding four years. However, last year’s revocation of its Swedish license forced the company’s flagship brand, Ninja Casino, to quit its core market, which created a big hole in its balance sheet.

Enlabs said Monday that Global Gaming has developed strong positions in Finland and Estonia and will complement its already strong position in the latter market, while helping it grow in the former.

The company added that it sees that “Global Gaming’s brands have the potential to be launched in Enlabs’ current main markets Estonia, Latvia, and Lithuania, as well as in certain geographical markets where neither Enlabs nor Global Gaming are active […]

Enlabs also noted that its combination with Global Gaming will help it expand its own brands in new markets. In addition, the combined group will be able to take on larger and more challenging projects. The deal is also expected to result in economies of scale and cost savings through reduced overlapping staff roles and shared IT, marketing, and compliance expertise.