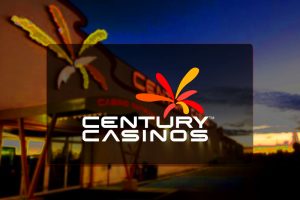 Nevada-based casino and hospitality company Eldorado Resorts today announced that it has entered into an agreement to sell three of its properties to Century Casinos for total cash consideration of $385 million.

Under the terms of the deal, Century Casinos will pay $107 million to acquire the operating assets of Mountaineer Casino Racetrack and Resort in New Cumberland, West Virginia; Isle Casino Cape Girardeau in Cape Girardeau, Missouri; and Lady Luck Casino Caruthersville in Caruthersville, Missouri.

In addition, VICI Properties, the real estate investment trust that spun off Caesars Entertainment Corp. in the fall of 2017, will acquire the land and real estate assets of the three above-mentioned properties for $278 million.

The deal is subject to approval from the regulators of the states where the there properties are located as well as to other customary closing conditions. The transaction is expected to close in early 2020.

Commenting on the recently announced sale, Eldorado CEO Tom Reeg said that the decision to divest the three properties is “consistent with our continued focus on optimizing the results from our regional gaming platform, generating growth through strategic acquisitions and realizing value through sales.”

Mr. Reeg went on to say that:

“Following the completion of these transactions, Eldorado will continue to benefit from our geographically diverse portfolio of regional gaming assets that we believe have potential for further margin growth and increased cash flow.”

Eldorado currently operates 26 properties in 12 states, with those featuring approximately 28,000 slot machines and video lottery terminals and 750 table games, as well as more than 12,500 hotel rooms. 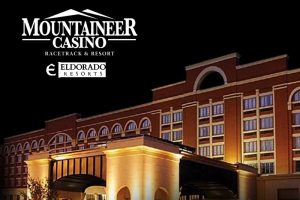 Eldorado has been particularly active on the merger and acquisition front as the consolidation cycle within the land-based casino industry does not seem to see its end anytime soon.

Last spring, the Reno, Nevada-based company announced that it would acquire Grand Victoria Casino in Elgin, Illinois for $327.5 million. The deal was closed in August 2018.

It was last spring again when Eldorado announced a $1.85 billion deal for the acquisition of Tropicana Entertainment Inc. from New York activist investor Carl Icahn. The transaction closed this past fall and it was just a couple of days ago when Eldorado received a permanent license by the New Jersey Casino Control Commission to operate in the state as the owner of Atlantic City’s Tropicana hotel and casino resort.

It emerged earlier this year that the casino operator has initiated talks to combine its business with that of Las Vegas casino powerhouse Caesars Entertainment Corp. According to the latest round of reports on the matter, the two companies could announce their merger anytime now.

Over the past several months, Mr. Icahn has built a stake in Caesars to become its largest stockholder and secure board representation. The activist investor has been pushing for the company to sell itself or merge with another casino operator in a bid to strengthen its position in a highly competitive market, reduce costs, and take care of a mountain of debt.