Dustin Stewart leads eight finalists into the final day of the final 2018/2019 WSOP Circuit Main Event; players vie for a gold ring and a $180,000+ first-place prize

The name of the final WSOP Circuit Main Event winner of this season of the series will become known just in a few hours. After two starting flights and ten levels of play on Day 2, the field of the WSOPC Harrah’s New Orleans was whittled down to just the final eight.

The eight hopefuls are set to return at noon local time today to play down to a champion. The winner will go home with a gold ring and $185,158 in prize money. All of the remaining survivors are guaranteed at least $21,620, but all eyes are certainly set on the top prize and the accompanying piece of WSOP Circuit jewelry.

Day 2 of the event was an eventful one as the lead up to the final table usually is. The day kicked off with 101 players returning to the poker tables of the host casino on Sunday afternoon to play the ten levels that were scheduled for that stage of the game.

The first task before the players was to burst the money bubble and they accomplished it after several hours of play. Raymond Curran became the unfortunate bubble boy, or the last player to leave without a payout from the $1,700 buy-in tournament. All the remaining hopefuls were guaranteed a min-cash of $2,883. 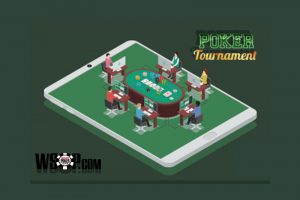 Leading the way is Dustin Stewart with a massive chip stack of 5.03 million. The player is running for his second gold ring. He won his first piece from the WSOP Circuit in 2017, when he topped the field of a Double Stack No-Limit Hold’em event for $40,000.

Stewart is followed by John Cressend who bagged and tagged 4.665 million last night for the second biggest stack. Coming into Day 3 with the third largest stack is Yousef Saleh with 3.365 million.

As mentioned earlier, play is set to resume at noon local time at the host casino, Harrah’s New Orleans. The remaining hopefuls will play down to a champion, the last champion of the 2018/2019 season of the series.

Aside from the lion’s share of the prize pool and the accompanying gold ring, the winner will also secure their participation in the Global Casino Championship. As usual, the season-ending event will take place in August at Harrah’s Cherokee in North Caroline and will gather together the Main Event champions throughout the season and select few others. It is to be seen whether Stewart will maintain his momentum from Day 2 or it will be another player who will be crowned the victor of the tournament.