Sports betting operator DraftKings has recently been sanctioned by the New Jersey Division of Gaming Enforcement after self-reporting a glitch related to its “cool-off status” feature, which enabled customers who self-excluded from gambling to continue betting.

The malfunction occurred between October 24 and November 16, 2018 before DraftKings discovered it. The company promptly reported the glitch to state gambling regulators.

As many as 54 bettors were reported to have been in cool-off status during the above period, and 13 of them wagered away a total of $28,800. DraftKings earned around $3,200 from those wagers.

Reporting itself to the Division of Gaming Enforcement, the company explained that the failure was prompted by a software update. It did not remove the cool-off status of bettors completely, but caused the time-frame to be set at zero days.

Under New Jersey law, gamblers are able to opt for a minimum cooling off period of 72 hours, during which they are self-excluded from all gambling websites that are licensed to operate on the territory of the state.

DraftKings is New Jersey’s second largest sports betting operator by revenue, behind FanDuel which has been topping revenue stats pretty much since the start of regulated sports betting in mid-June 2018. According to the Division of Gaming Enforcement’s latest financial report, DraftKings generated revenue of $4.1 million last month. The company operates under a partnership with Atlantic City’s Resorts Casino Hotel. 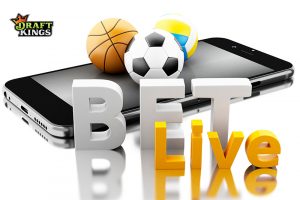 After finding out about DraftKings’ violation, the gambling regulator informed the operator that it would have to pay a fine and recover the earnings it had generated from the self-excluded bettors. DraftKings’ fine totaled $7,000 and it had to return a total of $3,277 to its customers.

The operator was also found to have sent promotional material to self-excluded gamblers across the state. Their exact number was not disclosed by the regulatory body.

The Division of Gaming Enforcement did not receive any complaints by affected customers regarding the glitch. The authority took that into consideration when determining DraftKing’s penalty. The fact that the company discovered the malfunction, resolved the issue on the very same day, and informed the Division of Gaming Enforcement also played a role in determining how it would be punished.

DraftKings has not been the only New Jersey-facing operator to have been fined for self-exclusion failures over the past several months. In March, GVC Holdings, the owner of the bwin online gambling brand, and its Atlantic City partner were fined $81,000 by the state gaming regulator.

The online gambling group was penalized for violations of New Jersey’s self-exclusion rules made by bwin. The failures enabled self-excluded gamblers to wager money on the gambling website. As a result, 12 people, who had previously opted to ban themselves from gambling, lost a collective total of $41,759.49.

The violations occurred before the acquisition of bwin by GVC back in February 2016. The online gambling brand operates in New Jersey under a partnership with The Borgata Hotel Casino & Spa. The Atlantic City casino was ordered to pay the same amount as its partner, following the discovery of their violations.