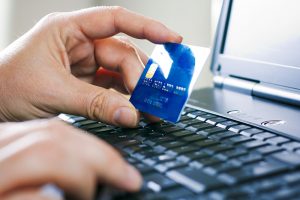 Australia-facing sports betting operators say a ban on the use of credit cards for online gambling could have a devastating impact on wagering turnover and could come as a big hit to the nation’s racing industry.

Bookmakers responded to the Australian Banking Association’s call for views on the use of credit cards for gambling purposes and whether certain restrictions should be introduced.

The UK Gambling Commission announced early this year that a ban on credit card gambling would be implemented from April. The looming ban in the UK prompted discussions whether Australia should follow suit.

However, Australian-facing sports betting operators argue that the UK and Australia are two completely different markets and while the credit card ban in the former might not have a massive negative impact on the industry, that would not be the case in Australia.

The Australian Banking Association called in December for public views on “the place of a credit card and its use for gambling.” In Australia, credit cards can only be used for placing online sports bets. They cannot be used at retail gambling facilities.

The banking association invited community members to voice their opinion on whether the use of credit cards for gambling should be prohibited or restricted and how this would affect the bookmaking industry. Everyone willing to share their views with the association had until March 4 to do so.

Dean Shannon, Chief Executive of Ladbrokes Australia, said that Australian racing, which is driven by wagering turnover, will see a more than 30% decline in wagering volume if a credit card ban is introduced. Mr. Shannon went on that he thinks such a ban “would be quite short sighted and the flow on effects that would spin the racing industry into decline.”

The executive also pointed out that “a ban would primarily effect social punters because those are people who are used to buying online with a credit card for convenience in Australia.”

According to Tabcorp, Australia’s biggest bookmaker, a ban on the use of credit cards for gambling would limit significantly the choices available to the majority of betting Australia who wager within their means.

Tabcorp also expects that if a ban is implemented, that would result in a reduction in distributions to the nation’s racing industry by more than A$10 million annually.

Another wagering operator responded to the Australian Banking Association’s call for views by saying that about 80% of its customers use credit cards to place wagers because of their convenience.

In its call for opinion on potential credit card restrictions or an outright ban, Australian Banking Association CEO Anna Bligh said in December that banks have “an important role to play in helping tackle the issue of problem gambling” and that the banking industry has been “assessing a number of options to help tackle problem gambling.”