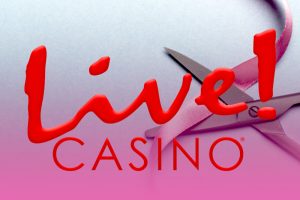 The Cordish Companies held Tuesday a ribbon-cutting ceremony to celebrate the soft-opening of the $150-million Live! Casino Pittsburgh, the first of two Live!-branded casinos the real estate developer and casino operator plans to launch in Pennsylvania.

The Tuesday ceremony marked the new casino’s soft opening. A grand opening ceremony is scheduled for November 24, 2020 when the property will swing its doors open to the general public.

The new casino is located just about 30 miles from Pittsburgh. It features 750 slot machines and 30 table games over 100,000 square feet of space. It is also offers a FanDuel-branded sportsbook as part of a partnership between The Cordish Companies and the sports betting operator.

Non-gambling facilities at the casino complex include several dining outlets and various entertainment options such as live music and non-casino games.

The new casino occupies two levels. The gaming floor is located on the ground level and only admits guests 21 and over. The second level is available to guests of all ages.

Commenting to adding a new property to the Live! brand, Jon Cordish, Principal of The Cordish Companies, said that “Live! Casino Pittsburgh is a world-class destination that will set the gold standard for gaming, dining, and entertainment in the region.”

Incoming State Senate Majority Leader Kim Ward said that “to be creating hundreds of new permanent, well-paying jobs at this particular point in time is a real testament to the value this project is bringing to our region.”

Live! Casino Pittsburgh marks the Live! brand’s Pennsylvania debut. The facility is the first mini-casino to open doors in the state after Gov. Tom Wolf approved in 2017 a massive expansion of Pennsylvania’s casino industry. The sweeping reform included the development of up to 10 satellite mini-casinos in different parts of the state. The Pennsylvania Gaming Control Board has so far issued five licenses for mini-casinos.