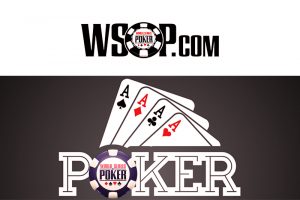 After two starting flights and one more day of play, the 424-strong field of the WSOP Circuit Harveys Lake Tahoe Main Event was trimmed down to the unofficial final table of 10.

The remaining survivors are set to return to the poker room at Harveys Lake Tahoe later today for a final day of action that will see them play down to a champion. It was US poker pro Charlie Coultas who bagged and tagged the largest stack at the end of Day 2 of the $1,700 buy-in tournament.

The player is heading into Day 3 with a massive advantage over his remaining opponents, but it is yet to be seen whether he will be able to keep his lead and eventually scoop the title, the first-place prize of $133,285, and the gold ring that is also up for grabs.

Charlie Coultas bagged and tagged 3.48 million in chips last night. The player has an extensive poker resume and more than $500,000 in live tournament earnings, which will certainly give him some confidence coming into the final day of the Harveys Lake Tahoe Main Event.

Aside from its experienced chip leader, the unofficial ten-handed final table of the tournament is loaded with seasoned players.

The likes of Michael Peterson, who took down the WSOP Circuit Harveys Lake Tahoe Main Event three years ago, Lee Markholt, who brings in a wealth of experience and a hefty poker bankroll of more than $4.3 million in career earnings, and WSOP Circuit regular Nick Pupillo are among the ten players left to compete for the top prize and the gold ring.

The name of the champion is set to become known today. The winner will take home $133,285 in prize money and a coveted gold ring. Each of the ten finalists is guaranteed a minimum cash of $9,547.

The overnight chip leader is entering the final day of action with a 2-1 chip lead over Wes Nally who put 1.4 million chips in his bag last night. Jeremy Kottler collected the third largest stack after Day 2 of the tournament, good for 1.285 million.

Day 2 of the Main Event kicked off with 71 survivors from the two starting flights. They were just seven eliminations away from the money bubble as the top 64 finishers were set to get a share of the $642,360 prize pool.

Action unfolded pretty quickly and players kept it fast-paced until they were down to 13 survivors. It then took more than two hours of play before another player was eliminated. Play stopped when the field was whittled down to the final ten. Their final run for the title kicks off at noon Nevada time with blinds at 20000/40000/40000.

Scott Sanders won last year’s edition of the tournament. The player topped a field of 442 entries to collect the $147,314 first-place prize and a shiny gold ring. Sanders entered the tournament this year, but could not make it into Day 2.