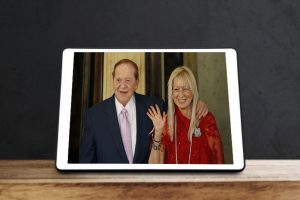 Las Vegas casino tycoon and long-time GOP megadonor Sheldon Adelson and his physician wife, Miriam, recently splashed a whopping $75 million into a super-political action committee (PAC) formed in August to aid US President Donald Trump in his bid for re-election.

The couple’s donations went to the Preserve America PAC. They were delivered in several installments in August and September, according to the super-PAC’s first report with the Federal Election Commission filed this past Thursday.

Records show that Preserve America has spent millions of dollars on digital ads and media buys since it was formed two months ago. The group has raised a total of $83.8 million, which means that nearly 90% of that have come from the Adelsons.

Thanks to Mr. and Mrs. Adelson and other affluent benefactors, Preserve America has quickly cemented itself as one of the top super-PACs working to help President Trump up his campaign in the weeks leading up to the upcoming November 3 election.

Mr. Adelson is founder, Chairman, and CEO of casino and hospitality giant Las Vegas Sands. The company owns luxury casino resorts in the US, Macau, and Singapore. During a career spanning seven decades, Mr. Adelson has created and developed more than 50 different companies, including the COMDEX trade show for the computer industry.

Mr. Adelson is one of the most prominent donors of the Republican party. He and his wife donated massive amounts of cash into President Trump’s 2016 to find themselves ahead of the curve when one of America’s most controversial leaders was elected into office.

After the Las Vegas-based billionaire couple backed Mr. Trump’s candidacy four years ago, the nation’s top official bestowed the Presidential Medal of Freedom, known to be the highest civilian honor in the US, to Mrs. Adelson in 2018, citing her philanthropic work.

Including their recent donations to Preserve America, the Adelsons have now poured more than $125 million into the 2020 election cycle.

Thanks to its wealthy benefactors, including Mr. and Mrs. Adelson, the recently formed super-PAC has produced multiple ads, with all of them focusing on depicting President Trump’s opponent, Joe Biden, as “too weak” to lead the nation.

However, Mr. Biden, a long-time politician who served as the 47th Vice President of the United States between 2009 and 2017, leads in the polls and has been raising enormous amounts of money from enthusiastic liberal donors.