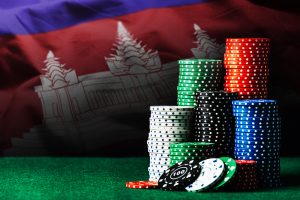 Cambodia’s Prime Minister has gone tough on online gambling, saying that all digital gambling activities conducted on the territory of the country must be shut down by the end of the year.

His comment came on the heels of the recent approval of a directive that stated that no new online gambling licenses would be issued in Cambodia and the existing ones would not be renewed after they expire.

According to a statement released by the Cambodian Council of Ministers on Friday, Prime Minister Hun Sen ordered that all forms of online gambling currently available from within Cambodia should be shut down by the end of 2019 and that the country should no longer depend on revenue from such activities.

The statement read further that Prime Minister Hun Sen believes his country should develop its tourism product around its natural and cultural heritage instead.

Under the current regulatory regime, Cambodia has been issuing online gambling licenses to international companies willing to service Asian gambling customers. The country’s gambling law prohibits nationals from gambling online, but it is believed that many locally licensed foreign operators have circumvented the ban and have targeted Cambodians as well.

Such international operators are primarily Chinese companies and their primary customer group is gamblers from Mainland China. Online gambling, just as most of the other existing forms of gambling, is prohibited in China, hence Chinese operators’ pursuit of Cambodian licenses.

Cambodia’s move to ban online gambling has been lauded by the Chinese government. The two countries have nurtured warm relations over the years. In fact, China is known to be Cambodia’s largest foreign investor, with multiple businesses ploughing millions into different types of projects, including into the development of land-based casinos.

Through the establishment of brick-and-mortar gambling venues, operators have also been able to obtain online gambling licenses from Cambodian authorities.

A Threat to Public Order

The recently signed directive cited concerns over public and social order as the main reason for the Cambodian government’s decision to banish online gambling from the country. The directive read that “some foreign criminals have taken refuge in the form of [online] gambling to cheat and extort money from victims, domestic and abroad.”

According to Cambodia’s Prime Minister many have used the industry to launder the proceeds of their criminal activities. In addition, the country’s authorities have discovered multiple extortion rings that operate around the country in a bid to force indebted gamblers into returning their gambling debts.

The directive was signed just days after the police in Sihanoukville, a city known for the large concentration of Chinese-run casinos, arrested more than 120 individuals who allegedly ran an illegal online gambling and extortion ring in the city. The police operation was conducted jointly by local police officers and Chinese authorities, local media reported.