The Tejon Indian Tribe has partnered Hard Rock International to develop and operate a $600 million casino resort in Kern County, California, it was announced on Tuesday. The project is expected to bring economic boost to the region and generate more than 3,000 temporary and permanent jobs.

Under the agreement between the federally recognized tribe and the gaming and hospitality giant, Hard Rock Hotel & Casino Tejon will be developed on a 52-acre site just 25 minutes south of the city of Bakersfield, off Highway 99 not far from the 166 Mettler exit.

The 52-acre site will be part of a 306-acre portion of land that will be taken into trust by the federal government for the tribe’s benefit, Tejon tribal officials said Tuesday in a press release announcing the property. Aside from the 52 acre casino, the tribe will also designate an adjacent 22-acre site for an RV park.

It is still unknown when development will begin as the Tejon Tribe and Hard Rock need approval from the host community. In addition, federal authorities need to compile a review on the environmental impact of the project.

The Tejon Tribe and Hard Rock said Tuesday that the new property will “provide a complete resort experience for its guests.” The $600 million scheme includes the development of a hotel, casino, spa and fitness facility, 13 food and beverage outlets, a concert venue, and the “largest conference and meeting space in Kern County.”

Live entertainment will be the key component at the new property, just as at all Hard Rock-branded resorts, it also became known. 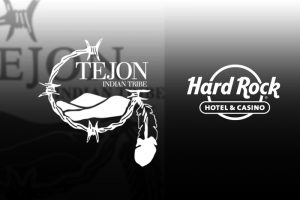 Developers promised that the project will have substantial economic impact on Kern County. According to early estimates, the construction phase is expected to generate 1,000 temporary jobs. The resort will employ more than 2,000 people permanently once operational.

Commenting on Tuesday’s announcement, Tejon Tribe’s Chiarman, Octavio Escobedo, said that they welcome the partnership with Hard Rock “as an important step for our Tribe and know that this project will be a great economic driver.”

Hard Rock International Chairman and CEO Jim Allen added that they look forward to building “a world-class project with the Tejon Indian Tribe that equals our hotel and casino projects across the world.”

The recent partnership with the Tejon Tribe will enable Hard Rock to further expand its presence in the lucrative California casino market. The gaming and hospitality company is gearing up preparations for the upcoming launch of Hard Rock Hotel & Casino Sacramento at Fire Mountain.

The new addition to the Hard Rock portfolio of properties is slated to open doors this fall in North California. It will feature a casino with both slot machines and table games, a 170-room hotel, dining facilities, swimming pools, and multiple entertainment facilities. Hard Rock celebrated the topping-off of the complex this past February. An official opening date is yet to be announced.

The hotel and casino resort is expected to create 1,000 permanent jobs once it is launched and to generate $225 million in annual economic impact for the Yuba County region.