Booongo Slots Now Live in US with Vegas Crest Casino 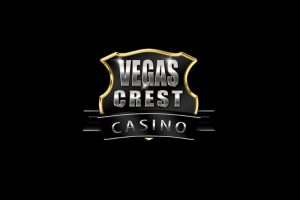 The USA has just welcomed the latest game provider that is looking to conquer its lucrative iGaming space. Vegas Crest Casino, a US-friendly online casino, announced last week that it has rolled out gaming content by online gaming provider Booongo.

Licensed by the gaming authority of Curacao, Vegas Crest Casino is among the industry players that accept US gambling customers. Its desktop version went live in 2014 followed by a mobile casino launch in 2015. It is also important to note that among other currencies, Vegas Crest Casino accepts bitcoin in line with the growing popularity of the cryptocurrency.

Vista Gaming, the owner of the online gaming operation, announced last week that Vegas Crest Casino has added another selection of gaming titles to its existing offering of more than 1,000 games by some of the industry’s most prominent suppliers.

Under the collaboration between Vegas Crest Casino and Booongo, the former has been able to roll out more than 40 mobile and desktop games developed by the gaming studio.

Booongo’s games are exclusively offered by Vegas Crest Casino in the US gambling market. Commenting on the launch of new titles, the online casino said that its new partner’s content will “immerse players in a rich atmosphere with exciting game features and innovative gameplay.” 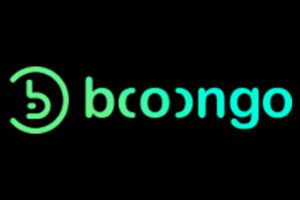 Booongo has been part of the online gaming space for several years. The game studio is mostly focused on creating 2D and 3D online slots that are available across all devices. Its content offers unique features and innovative game mechanics and math models.

Through its game spectator mode, players are able to play one-on-one tournaments live. Booongo’s content is currently available in 18 languages and the game studio is constantly adding new languages to be able to introduce its titles to a greater multi-national audience. Its library represents a mix of Asian and Western themes, yet again to make it more appealing to a wider group of gambling customers.

Booongo is certified to supply its games by the gaming authority of Curacao. Aside from its headquarters in Curacao, the supplier also has offices in Taiwan and Ukraine, where the greater portion of its development activity is taking place.

Aside from its recent expansion in the US, Booongo has also recently boasted into the multiple Latin American online gambling markets through a partnership with BetConnections. Under the terms of the deal, more than 35 of Booongo’s online slots have gone live with partners of BetConnections all over the region, including Peru, Colombia, and Paraguay.

Booongo has also recently debuted its latest slot – Sync Reels. The game is now available across the studio’s network of partners. Sync Reels is a fruit slot game with “a fresh boost of 5 reels” that can be randomly synchronized into 243 payways. The new slot’s wilds can multiply winnings up to 1,300 times for a “crazy feel of overall luck.”