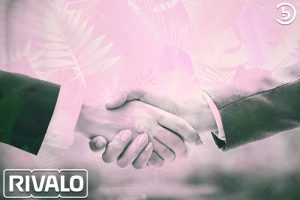 Under the terms of its partnership with Rivalo, Booongo has provided the Colombian operator with access to a host of its most popular gaming titles.

The recent roll-out of Booongo content with Rivalo included hit games Book of Sun, God’s Temple Deluxe, and 15 Golden Eggs. These slots and many more are now available to the operator’s customer base across Colombia.

Booongo said that more of its gaming titles are set to be certified by Colombian regulators and will go live with the provider’s local partner in the coming weeks.

The recently penned deal with Rivalo is the latest in a string of strategic alliances announced by the iGaming content provider in recent months. These partnerships have helped Booongo further popularize its vast array of online slots with players and operators across Europe, Asia, and Latin America.

Booongo is authorized to provide its games to interested operators by the Government of Curacao. The iGaming content supplier is headquartered in the island nation, but also runs offices in Taiwan and Ukraine where the greater portion of its development activity is concentrated.

Latin America has become a key region for Booongo and the slots provider has sealed many strategic partnerships in the past few years to grow its reach in that particular part of the world. The company said that it plans to further strengthen its LatAm foothold in the coming months.

Commenting on their partnership with Rivalo, Sebastian Damian, Commercial Director at Booongo, said that they are delighted to have teamed up with the Colombian gambling operator and that they are looking forward to further growing their Latin American footprint.

Mr. Damian went on to say that it has been an exciting time for everyone at Booongo as they have been signing more and more operator partnerships every month and many of their new partners have joined their global tournaments enabling their players to compete for big prizes.

Rivalo Country Manager Alvaro Mosquera praised Booongo for its “impressive games portfolio” that will be “the perfect addition” to their existing offering and noted that the provider’s engagement tools will certainly excite their customers.

Mr. Mosquera added that Booongo has been great to work with and that they are looking forward to an “exciting and prosperous business relationship” as they look to the future.

Booongo specializes in the development of HTML5 slots that feature exciting 2D and 3D graphics and offer innovative gameplay. The provider’s content is available via seamless and simple API integration with full back-office support.