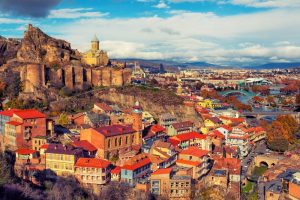 Online casino games studio BF Games has further expanded its footprint in Georgia’s iGaming market by landing a third supply deal in the country in less than a year.

The iGaming content maker announced that it has teamed up with local gambling operator Leader Bet to provide it with access to its entire games portfolio.

The recently inked partnership between BF Games and Leader Bet has seen the gambling operator go live with the studio’s library of slots. Leader Bet players can now access BF Games’ newest title Book of Gates, which features the new Superlines mechanics, as well as hit titles from the provider such as Ramses Rising and Stunning Hot 20 Deluxe.

BF Games’ library currently features 56 slot titles that are licensed and certified in a number of markets, including the UK, Malta, Romania, Latvia, Lithuania, and Georgia. The studio is based in London and is managed by a team of industry veterans.

BF Games first entered the Georgian iGaming space late last year when it teamed up with Adjarabet to supply the local operator with access to its games portfolio. In August, the studio announced a similar deal with Crocobet, another major Georgia-facing operator.

Commenting on their alliance with Leader Bet, BF Games CEO Piotr Szpoton said that they are thrilled to add one more operator to their list of Georgian partners. Mr. Szpoton went on to say that local players have “really embraced [their]

and that they are excited to be bringing their online slots to an even wider audience together with Leader Bet.

Leader Bet Head of Gaming Levan Tsitsagi said that their online gaming operation has been going from strength to strength and that the addition of BF Games content will “further propel the growth of our digital brand” and the games will offer their customers “a premium interactive experience.”

Georgia has not been the only market BF Games has been looking to establish presence in. The studio announced in August its debut in the Latvian market through a partnership with leading local operator Klondaika. The operator’s players can now access BF Games’ portfolio and play its slots.

The iGaming provider has also recently partnered French gambling group Betclic to enter the Portuguese iGaming market by providing the operator’s Portuguese site with access to its games.

In addition, BF Games has this year debuted its content in Romania and Lithuania as part of its expansion strategy.