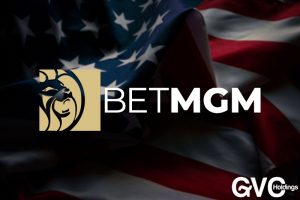 BetMGM, the online gambling operation of the joint venture between GVC Holdings and MGM Resorts International, has strengthened its New Jersey offering with the addition of Live Casino products from Evolution and gaming content from Playtech, DGC, and Ainsworth.

Evolution and BetMGM announced a content supply deal in late August and after the successful completion of the necessary integration, the iGaming brand now offers the supplier’s hugely popular live table games as well as its fast-growing range of game show-style titles to its players in New Jersey.

GVC said on Monday in a statement on its official website that initial user data has shown that the newly added Live Casino content has proved to be a huge hit with players. During the first seven days after launch, Evolution generated a third of its Live Casino stakes in New Jersey with BetMGM, which resulted in a 30% increase in Live Casino revenue month-over-month.

Evolution’s American Roulette has proved to be the standout favorite with BetMGM’s players, GVC further revealed. The operator further noted that the roll-out of Evolution’s Live Casino offering continued BetMGM’s “phenomenal track record” of integrating premium content to grow its position as a market leader.

BetMGM has also recently boosted its New Jersey operation with games from Playtech, becoming one of the first locally licensed brands to be offering content from the major provider as it looks to expand in the lucrative US iGaming market. Playtech and BetMGM announced their partnership this past September.

BetMGM has also completed an exclusive integration with Digital Gaming Corporation (DGC) and noted that games from both Playtech and DGC have proved to be a huge hit with their New Jersey customers.

GVC also revealed on Monday that it has successfully integrated and launched 20 exclusive online slots from Ainsworth with BetMGM in New Jersey. The newly added titles include Mustang Money and Eagle Bucks.

Commenting on Monday’s announcements, GVC Director of Gaming Product Colin Cole-Johnson said that all the above launches are a “powerful demonstration of how GVC has helped BetMGM secure a market leading position in the US.”

Mr. Cole-Johnson went on to say that their ability to “build partnerships and integrate premium content from providers such as Evolution” has enabled them to offer cutting-edge gaming experience to their customers.

BetMGM VP of Gaming Matt Sunderland added that GVC’s platform with its “breadth of new and exclusive content supported by sophisticated marketing and customer engagement tools, has established BetMGM as the clear market leader in iGaming in New Jersey” and that the same attributes put them in pole position to deliver compelling offering that will establish them as a leader in new markets as more states open up.