Another Day, Another Operator Fined by Sweden’s Gambling Authority Spelinspektionen is building on its reputation of a tough regulator that would make no compromise when it comes to violations of Sweden’s gambling law. The authority announced today that it has chastised yet another errant operator for circumventing the rules that govern the provision of gaming and betting services on the territory of the Scandinavian nation.

In a statement issued on its website earlier today, Spelinspektionen said that Lottoland has been found to have offered betting on the outcome of Eurojackpot and various other lottery games without asking for permission from Svenska Spel, the local organizer of the games.

Under Sweden’s gambling law, which took effect on January 1, 2019 to open the local market to international operations, the nation’s state-run gambling entities are the only authorized providers of lottery games. In addition, companies whose business model is focused around betting on the outcome of popular lotteries can only provide their services in Sweden after being permitted to do so by the country’s authorized lottery operators.

Eurojackpot is run by Svenska Spel in Sweden, a state-run gambling operation and the nation’s former gambling monopoly. Svenska Spel has not given permission to Lottoland to offer betting on the outcome of the lottery games it operates. 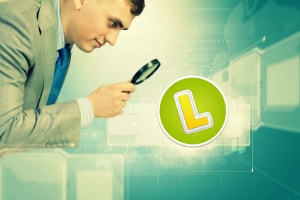 Spelinspektionen went on to say that Lottoland has also offered scratch cards, a product that its license by the local regulator does not cover. The gambling authority pointed out that it considers the violations made by its licensee as serious.

As mentioned above, Spelinspektionen fined United Lottery Solutions SEK700,000 and warned the operator against further breaches of the existing rules. The regulatory body added that the penalty was based “on the severity of the infringement” and the company’s revenue in the Swedish market.

Spelinspektionen noted that Lottoland has done the necessary to make sure that its operations are compliant with the Swedish law after being warned by the regulator, but its violations had gone for a long while before being detected, which made them particularly serious.

Lottoland was the second operator to be chastised by the regulator this week. On Monday, Spelinspektionen announced that it has revoked the gaming license of SafeEnt Limited over serious anti-money laundering and KYC deficiencies. SafeEnt is a subsidiary of Swedish gambling group Global Gaming. It operated the NinjaCasino.com and Spellandet.com online casino brands in Sweden before losing its license.

Spelinspektionen’s decision took effect immediately and the two casinos stopped servicing Swedish customers at once. Global Gaming said that it would appeal the license revocation and that it had reasons to believe that its appeal would succeed.

The company pointed out that it had indeed been warned by the gambling authority and had taken actions to ensure that its operations were compliant with the rules. It went on to say that it was led to believe that the corrections made were sufficient and that its operations no longer violated Swedish gambling laws.