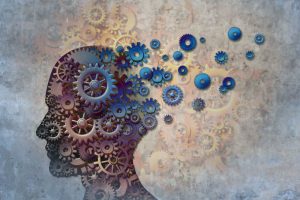 A UK charity has drawn heavy criticism over its partnership with William Hill to make the bookmaker’s betting shops around the country a “safe haven” for dementia patients, The Times reports.

William Hill announced last spring that it aimed to raise £2 million through the William Hill Foundation for the Alzheimer’s Society over the three-year partnership with the charity.

As part of that partnership, the legacy British bookmaker said last year that it was committed to become the leading dementia-friendly gambling organization in the UK, including making its betting shops “a safe haven for customers.”

The partnership further involves the Alzheimer’s Society offering training to staff at William Hill’s betting shops on how to help dementia patients.

Of its work with the charity, William Hill has said that the group wants to help “those with dementia to sustain their normal activities for as long as possible, such as visiting their local betting shop, while minimising at-risk behaviours.”

However, gambling harm prevention experts and British MPs have expressed serious doubts over the effectiveness and appropriateness of the partnership.

The Director of the NHS’s National Problem Gambling Clinic, Henrietta Bowden-Jones, said that any form of gambling was inappropriate for dementia patients and that “the notion that a person suffering from this should be encouraged to gamble responsibly is ludicrous.”

According to Ms. Bowden-Jones, “these patients are vulnerable and must be protected from any activity that takes financial advantage of them.”

Long-time anti-gambling activist Carolyn Harris MP said that the partnership between William Hill and the Alzheimer’s Society was a “dreadful” idea and that while she had no problem with the bookmaker’s staff raising funds for the charity, she thought betting shops were not an appropriate place for dementia patients.

Responding to recent criticism regarding its tie-up with William Hill, the Alzheimer’s Society said people living with the disease consider it important to have the right to make their own decisions and choices and to be empowered to do the things they have always enjoyed, including taking appropriate risks.

The Alzheimer’s Society’s Director of Fundraising, Alex Hyde-Smith, told The Times that as a charity, they have a duty to respond to dementia patients’ needs by “influencing the betting agenda through education and awareness.”

Mr. Hyde-Smith went on that the goal and the benefit of their partnership with William Hill was to “provide the support and training [William Hill’s] staff need to deliver the right environment and protections so the 850,000 people living with dementia can enjoy themselves safely, protected from the threat of financial harm.”

Two years ago, William Hill was hit with a £6.2 million penalty package by the UK Gambling Commission for failing to employ sufficient numbers of staff to ensure that proper anti-money laundering and social responsibility practices were in place and effective.