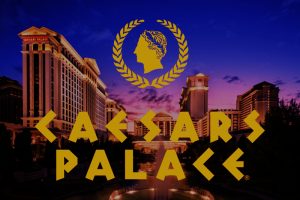 Caesars Entertainment Corp. will likely have to offload some of its Strip properties in order to receive Federal Trade Commission clearance for its proposed merger with Eldorado Resorts, and analysts have listed some of the companies that might be interested in acquiring such properties.

After months of speculations over the future of one of the world’s largest gaming and hospitality groups, Eldorado and Caesars confirmed last month that the former would acquire all outstanding shares of the latter in a $17.3 billion deal. The transaction is slated to close sometime in 2020, pending regulatory and customary approvals.

The combined entity, which will be named Caesars (after the larger of the two companies), is set to have around 60 properties in 16 states. However, both Caesars and Eldorado might be required to sell some of their hotel and casino resorts over competition concerns.

According to experts, Caesars might have to dispose of several of its Las Vegas Strip properties. As pointed out by Union Gaming analyst John DeCree, hotel and casino resorts on the Strip do not go up for sale very often, which “makes them pretty desirable.”

Eldorado’s CEO, Thomas Reeg, said in a press conference announcing the deal last month that he “would expect that we would be a seller of a Strip asset,” but a concrete decision is yet to be made.

Fertitta and Ruffin Top the List of Potential Buyers

Two businessmen expressed interest in Caesars’ properties even before the company’s tie-up with Eldorado was confirmed. Tilman Fertitta, the owner of the Golden Nugget chain of casinos, was among the bidders for the Las Vegas casino giant.

Last year, the Texas businessman made an offer for Caesars, which the latter rejected. News emerged earlier this year that Fertitta was gearing up for another attempt to buy the much larger rival of his own casino business. It is believed that he is still interested in buying a Caesars property.

Treasure Island owner Phil Ruffin is the other businessman that will probably be interested in acquiring a Strip casino resort from Caesars if such an opportunity arises. Ruffin said earlier this year that he could pay $1 billion in cash and raise even more in debt for a Caesars Strip property.

DeCree said that he anticipates at least one or maybe two Strip properties to be up for sale, if the Caesars-Eldorado deal closes in 2020 as expected. He further pointed out that this could be a great opportunity for casino operators that do not currently have presence on the Las Vegas Strip.

A “Whole Host” of Companies

DeCree also noted that while raising a property in the area up from the ground could rack up to billions of dollars, buying a completed resort could cost far less and start returning cash immediately.

According to SunTrust Robinson Humphrey analyst Barry Jonas, there is a “whole host” of gambling companies that could express interest in purchasing a Caesars Strip property, including Penn National Gaming and Boyd Gaming as well as smaller regional companies such as Twin River Worldwide Holdings and Monarch Casino.

DeCree noted that while anything could happen, he does not believe Boyd Gaming or Penn National Gaming would be among those to throw their hats in the ring. Boyd was the company behind the failed Echelon project on the Strip. The portion of land that was supposed to be occupied by the company’s resort was sold to Malaysia’s Genting Group in 2013. The latter company is currently developing its multi-billion Resorts World Las Vegas integrated resort at the site.

As for Penn National Gaming, it recently finalized the $2.8 billion acquisition of Pinnacle Entertainment and is not likely to engage in another major deal so soon.