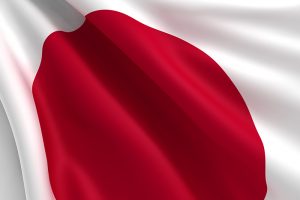 An adviser to Chinese online sports lottery operator 500.com, which is currently under investigation for allegedly bribing a Japanese lawmaker to back and boost its bid to build a casino resort in the country, told investigators that the company also gave money to five more lawmakers.

Katsunori Nakazado, an adviser to 500.com, said that he personally handed JPY1 million to each of five Japanese lawmakers around September 2017 when the country’s Prime Minister Shinzo Abe called a snap election.

It emerged late last year that Tsukasa Akimoto, a member of Japan’s ruling Liberal Democratic Party who serves in the Lower House of the national government, was arrested for allegedly taking JPY3.7 million from 500.com in the form of cash and trip expenses. It is believed that the lawmaker was expected to back the Chinese company’s effort to build a casino resort in Hokkaido.

According to Japanese news outlets, Mr. Akimoto first took JPY3 million from 500.com representatives in September 2017. It is also believed that the company treated the legislator and his family to a trip to Hokkaido in February 2018, the expenses for which – JPY700,000 – were covered namely by the sports lottery operator.

Shortly after he accepted the bribe from 500.com, Mr. Akimoto was tasked with overseeing the crafting of a government policy on the introduction of integrated resorts with dedicated casino floors in Japan.

Japanese news outlets reported today citing information from sources familiar with the matter, that some of the five lawmakers that were allegedly bribed by 500.com were part of a cross-party government group that aimed to promote international tourism.

With the speed the scandal has been evolving over the past ten days or so, more information about the five lawmakers that allegedly took bribes from the Chinese gambling operator will certainly emerge very soon.

Meanwhile, Mr. Akimoto has resigned from the Liberal Democratic Party following his arrest on December 25, 2019. The lawmaker has repeatedly denied all allegations leveled against him and said he had done nothing wrong. According to media reports, Mr. Akimoto has told prosecutors that he had himself covered the expenses for the family trip they took to Hokkaido in early 2018.

Japan legalized casino gambling in December 2016 when the country’s government passed the Integrated Resort Promotion Bill. A second piece of legislation – the Integrated Resort Implementation Bill – was approved by lawmakers in the summer of 2018 to pave the way for the introduction of integrated resorts with casinos, among a number of other amenities.

Japanese lawmakers said they would issue up to three casino gaming licenses as part of the initial stage of the country’s casino legalization effort. They now need to select the preferred locations for Japan’s first integrated resorts, while officials for cities and prefectures willing to participate in the race need to select the preferred developers of these properties.

As mentioned earlier, 500.com was interested in participating in an integrated resort project in Hokkaido. However, Hokkaido Governor Naomichi Suzuki announced that the province was dropping its bid to host one of Japan’s first casino resort due to concerns over the environmental impact such a large-scale project would have.

Source: Five other lawmakers may be involved in casino-bribery scandal, The Japan Times