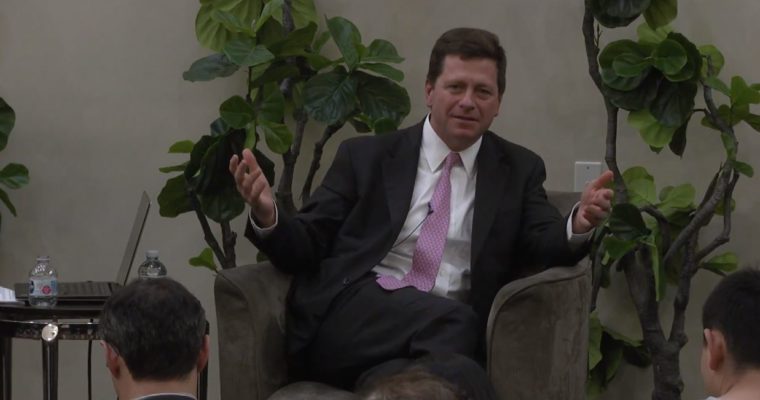 A new statement issued by Securities and Exchange Commission (SEC) Chairman Jay Clayton has some within the cryptocurrency community questioning whether the agency could change its tune on ether — the native currency of Ethereum — which a top official previously said should not be regulated as a security.

Clayton, a Trump appointee who has led the SEC since 2017, wrote in a notice published on the agency’s website last week that while SEC employees are authorized to provide guidance to industry stakeholders on how regulations apply to specific circumstances, this guidance is nonbinding and creates “no enforceable legal rights.”

“The Commission’s longstanding position is that all staff statements are nonbinding and create no enforceable legal rights or obligations of the Commission or other parties.”

Clayton further stated that he had communicated with the directors of various SEC divisions to communicate that they should emphasize this distinction to their staff, and he added that officials will review whether prior staff statements should be modified or rescinded.

“More generally, our divisions and offices, including but not limited to the Division of Corporation Finance, the Division of Investment Management and the Division of Trading and Markets, have been and will continue to review whether prior staff statements and staff documents should be modified, rescinded or supplemented in light of market or other developments.”

The most immediate trigger for Clayton’s statement appears to have been the SEC Division of Investment Management’s decision to rescind staff guidance originally issued in 2004 through the formal withdrawal of letters issued to two proxy advisory firms. Clayton’s statement was issued shortly before the agency announced that it had withdrawn the guidance letters, and on the same day, he addressed the matter during prepared remarks given before the Investor Advisory Committee.

However, observers within the cryptocurrency industry quickly began to question whether Chairman Clayton’s statement has broader implications, including for ether, the second-largest cryptocurrency, which a top agency official said earlier this year is not currently a security under U.S. law.

As CCN reported, SEC Director of Corporation Finance William Hinman said in June at the Yahoo Finance All Markets Summit: Crypto that, as it currently operates, ether is “highly decentralized.” Consequently, he said, “In its current state, we don’t see value regulating it” as a security.

Patrick Daugherty
@daughertylawyer
Hinman’s remarks are his view of the law when stated. They don’t bind the SEC or any other Div’n (such as DOE). It would be error not to address his analysis when dealing with DCF. Also wrong to infer that DOE or SEC have adopted his analysis or conclusions. #SEC #crypto

Ciaran Murray
@C1aranMurray
Replying to @matthewde_silva
Well it's probably not a stretch to say a lot of the industry took Hinman's word as law. This is a reminder that it's not and the comments are not to be relied upon. There is probably a more likely target than ETH for these remarks though is you see the replies to my tweet.

Previously, Clayton had said on multiple occasions that bitcoin does not bear the hallmarks of a security, but an agency official had not made similar statements about ether or any other cryptocurrency.

Consequently, Hinman’s announcement was taken as a monumental event, both for Ethereum and the wider cryptocurrency ecosystem, particularly since it suggested that an asset initially distributed through a presale could evolve beyond a securities classification.

However, Clayton’s new statement emphasizes the often-overlooked reality that although Hinman’s guidance may reflect his opinion as the director of the SEC’s corporate finance division, it does not necessarily represent the official position of the SEC — or, crucially, its enforcement division — and may be rescinded in the future.