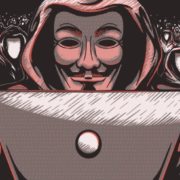 Silk Road, the online marketplace named for the historic network of trade routes established during the Han Dynasty, went live in February 2011. Its domain was accessible only on the so-called “dark web” via the encrypted and anonymous network software Tor. This eBay for the internet’s underworld was the first of its kind: a clandestine marketplace for the buying and selling of (mostly) illicit substances with bitcoin.

It put bitcoin in the hands of countless new users, demonstrated firsthand what could really be possible with decentralized currency and served as Bitcoin’s first significant use case.

For many in the Bitcoin space, Silk Road has become a touchstone for Bitcoin’s utility and its role as a foil to the mainstream economic system. And, adding to this symbolism, its founder, Ross Ulbricht, was arrested and the site was shut down by federal authorities less than three years after it launched. In 2015, Ulbricht was sentenced to double life in prison plus 40 years without the possibility of parole for money laundering, computer hacking, conspiracy to traffic fraudulent identity documents and conspiracy to traffic narcotics by means of the internet.

Four years later, the facts around Ulbricht’s arrest and conviction are still fuzzy. While the case may be closed, the true identity of Dread Pirate Roberts (DPR) — the handle for Silk Road’s infamous operator and the root of many accusations against Ulbricht during his trial — is anything but resolved. Ulbricht has said that he sold the site before DPR took the helm, and his legal defense and one former Silk Road employee have said that multiple people had access to the account. But the prosecution hoisted the legal blame for all of DPR’s online activities on Ulbricht.

This intractability of online identities has been a major source of contention in the saga of Silk Road. And the unresolved tension is a major reason why, despite its short-lived history and the punishment of its founder, the legacy of Silk Road is as central to the story of Bitcoin as ever.

Ulbricht has claimed that when he started working on Silk Road in 2010, it was never his intention to enable the creation of the black market it would become. The recent Penn State University graduate had just earned his master’s in science and was struggling to make an impact with his entrepreneurial efforts. The used-book startup he joined with his friend Donny Palmertree, Good Wagon Books, was going belly-up when he left it to work on Silk Road full-time.

In a court letter during his sentencing, Ulbricht wrote that he built the marketplace because “people should have the right to buy and sell whatever they wanted so long as they weren’t hurting anyone else.” That the website became a hub for drug trafficking was an unintended (and regretful) consequence, he insisted.

“Silk Road was supposed to be about giving people the freedom to make their own choices, to pursue their own happiness, however they individually saw fit. What it turned into was, in part, a convenient way for people to satisfy their drug addictions. I do not and never have advocated the abuse of drugs.”

If he had been more “mature,” the court letter goes on, he would have “done things differently.” In a twisted sort of way, Ulbricht’s ostensible regret and his eventual arrest can be seen as a measure of the site’s success.

What started as Ulbricht selling his own homegrown psychedelic mushrooms to kickstart the marketplace swelled to 10,000 accounts in 2012 and, eventually, 1 million at its peak. Before its closure, analysts estimated that it attracted anywhere from $15 million to $45 million annually in black-market business. As the site swelled in popularity, Ulbricht kept a full-time staff and paid $50,000 a month for security.

Silk Road’s fame had escaped the confines of its underground coterie and was creeping into the lens of pop culture’s scandalous gaze when a June 2011 profile of the marketplace by Gawker brought it into the limelight. This was good for business, as account registration surged. But it also meant Silk Road was increasingly on the government’s radar, with Washington, D.C., mainstays like New York Senator Charles Schumer calling for its demise.

A young Ulbricht, showered with success but under mounting stress, was in the hot seat.

“I was mentally taxed and now I felt extremely vulnerable and scared,” he wrote in a 2011 journal entry.

Ulbricht needed help then more than ever. He employed more staff and started taking cues from a mentor and confidant named Variety Jones (aka “Cimon,” following a pseudonym change). For instance, Jones identified a security vulnerability in the site’s bitcoin wallet.

In late 2011, Ulbricht allegedly told a programming friend that he was the man behind Silk Road. Around the same time, he may have also revealed his involvement to a romantic interest.

When Jones found out that these two people might know Ulbricht’s connection to the site, he encouraged Ulbricht to change Silk Road’s administrator account handle to Dread Pirate Roberts — a pseudonym that would become significant during Ulbricht’s trial.

“You need to change your name from Admin to Dread Pirate Roberts,” Jones told Ulbricht in a January 2012 chat. “Clear your old trail — to be honest, as tight as you play things, you are the weak link from those two prev[ious] contacts.”

The moniker Dread Pirate Roberts comes from a fictional character in “The Princess Bride” whose generation-transcending persona is adopted time and time again by ever-new personalities. The symbolism and function, Jones implied, would be perfect for Ulbricht’s role as Silk Road’s figurehead: It would obscure ownership under the guise of multiple operators.

“And over the years, a new one would take the name, and the old one would retire … start the legend now,” Jones coaxed in a chat. “DPR by its very nature indicates a rotating command. We’ll play that.”

Ulbricht changed his admin profile some weeks after the January 2012 conversation.

The notion that DPR was multiple people became a pillar of Ulbricht’s defense during his trial, since the chain of events that followed could never be definitively tied solely to him.

By 2013, the site’s success was reaching critical mass and the person acting as DPR was faced with critical ultimatums.

When a Silk Road administrator, Curtis Clark Green, was arrested for cocaine possession, undercover agents got their hands on the first human link to the site. The head of the task force that arrested Green, Carl Force, took over Green’s account, used the pseudonym “Nob” to speak with DPR via Silk Road’s private chat and used Green as an informant.

Masquerading as a member of a drug cartel, Nob told DPR that he had mucked up a cocaine sale by accidentally sending it to Green. Nob asked Dread Pirate Roberts if he needed help rectifying the situation with Green. Though DPR was hesitant at first, he eventually took Nob up on the offer, first by asking him to rough Green up so he’d cough up the funds he stole, then by ordering his assassination. Agent Force, still posing as Nob, faked a torture scene in a Salt Lake Marriott to forge Green’s death. The price tag for the job was $80,000 in bitcoin.

Ulbricht himself was never charged for the second set of ordered assassinations, and his indictment for ordering Green’s assassination, which was filed in Maryland, was dismissed in July 2018 for prejudice. Despite lingering questions about who was using the DPR handle and when, the prosecution was permitted to use evidence of Green’s staged assassination in Ulbricht’s trial for operating Silk Road, though the court never charged him for it.

On October 2, 2013, FBI agents arrested Ulbricht in the science-fiction section of a San Francisco library. Distracted by two agents who faked a lovers’ quarrel, Ulbricht took his eyes off his work long enough for another agent to grab his laptop. With sleight of hand and the insertion of a USB drive, law enforcement officials now had access to Silk Road’s treasure trove of secrets.

The jig was up. Ulbricht was whisked away to New York for a nearly year-long trial, which ended in the double life sentence plus 40 years that he is currently serving.

“The government did not produce a single witness to testify firsthand that Ulbricht authored any of the communications attributed to DPR. It was all digital, created and transmitted on an anonymous, untraceable internet network.” — Joshua Dratel, criminal defense attorney

Ulbricht’s legal defense appealed his case in 2016 on the grounds that prosecutors withheld evidence of malfeasance on behalf of agents involved in the case and that Ulbricht received an unreasonably harsh sentence (one more heavy-handed than what El Chapo received, for instance). A judge denied this appeal in 2017, and a writ of certiorari petitioned to the U.S. Supreme Court was shot down in 2018 as well.

Since her son’s arrest, Lyn Ulbricht has actively crusaded to ease his sentence. The Free Ross campaign she started online has received over 170,000 signatures in favor of his release or a reduced sentence. Lyn Ulbricht and her son’s defenders believe that, more than his receiving a draconian punishment, Ulbricht was a scapegoat, sacrificed on the altar of the U.S. justice system to prove a point.

Ulbricht was framed, they say, by others who had taken on the Dread Pirate Roberts name and were operating the DPR account.

“Our position, as it has always been, is that Ross is not DPR who is participating in those chats,”  Ulbricht’s legal representation told “Wired” in April 2015.

Even with some proof pointing toward Ulbricht operating the Dread Pirate Roberts handle at some point in time, disputes still loom as to whether or not he was the only person behind the account. Green, for instance, once said on a podcast that there “absolutely” were multiple individuals who had access to the username.

In addition, his defenders also argue that the conditions for Ulbricht’s arrest violated the Fourth Amendment of the U.S. Constitution, that agents tampered with or mishandled evidence on Ulbricht’s laptop following his arrest and that the jury was never given all of the information it needed in order to reach a fair verdict. For example, the defense attempted to call Bitcoin expert Andreas Antonopoulos and computer networking and internet security expert Steven Bellovin as expert witnesses, but they were prevented from testifying.

And Ulbricht’s arrest has proven to be a rallying cry. Soon afterward, another Dread Pirate Roberts launched Silk Road 2.0 with the help of two original Silk Road admins, Inigo and Libertas. That site fell prey to law enforcement in 2014, and Silk Road 3.0 stepped into its place until that, too, went offline in 2017. Other similar sites, such as Wall Street Market, AlphaBay, Dream Market and Hansa, would either succumb to law enforcement or shut down operations to avoid the same fate as their predecessors.

Even with its progenitor in jail, the online underground market model that Ulbricht initiated persists. When one goes down, another (and another and another) takes its place, as one would expect in a free market. Lyn Ulbricht told “Bitcoin Magazine” that this free market is precisely what her son envisioned, emboldened by the libertarian philosophy that willed it into existence, and has always been central to the cryptocurrency it leveraged.

“I think Ross’s motivation in creating Silk Road was to provide a truly free market that was private and used bitcoin, as he saw the potential for monetary freedom that bitcoin provided,” she said. “Even the sentencing judge said she knew he created the site for philosophical reasons. She just wasn’t convinced he had given up that philosophy and felt justified in condemning him to die in prison for it.”