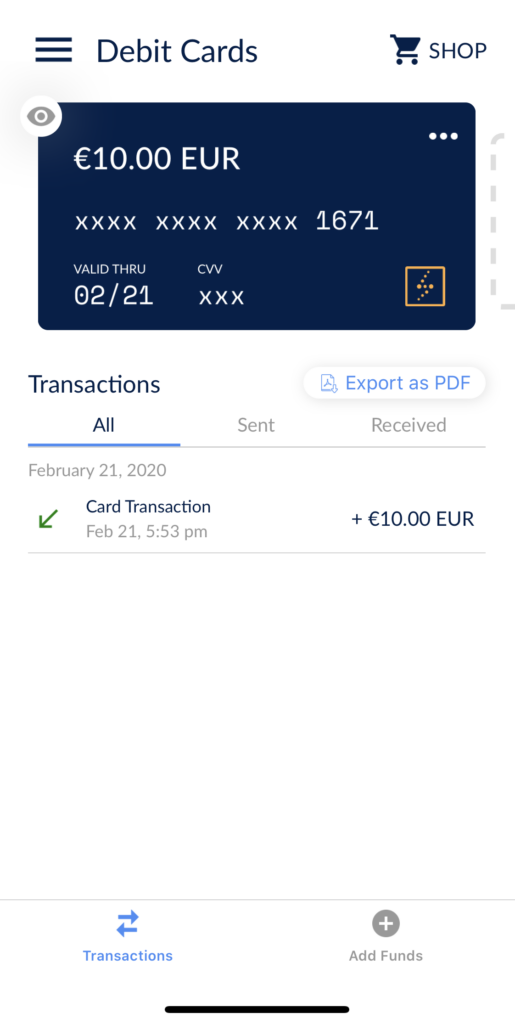 Lastbit, a Berkeley-based startup, has announced the beta launch of their Bitcoin and Lightning-enabled wallet. The company claims that their new solution is meant to address three critical problems preventing Bitcoin’s mass adoption:  price volatility, slow transactions, and technical complexities.

Their solution for all of those problems seems simple:  allow the merchants to be paid in fiat when you want to spend with your bitcoin by just using a debit or credit card.

The backbone of lastbit’s wallet is the fact that the app allows you to generate virtual credit cards that are connected to your bitcoin and lightning wallets.  New card numbers are available via the application right now, but it is also planning to ship plastic cards.  In addition to being able to use your bitcoin via a credit card, lastbit is offering up to 3% in bitcoin cash back rewards over lightning.

I had a chance to check out the app while in limited beta and I’m excited for the direction that lastbit is heading.  However, the app is intended for use only by residents in the European Economic Area.

As this product is only in beta, I haven’t put together a full review of the software just yet, but I’m looking forward to the eventual production release.

While exploring the application’s functionality, I was pleasantly surprised in the effort put into creating a solid user experience.  Everything was generally well laid out, there was plenty of helpful information, and it didn’t feel like you had to be a technical expert to navigate the app.

The Bitcoin wallet supports legacy, Segwit, and Bech32 addresses.  The Lightning wallet relies on their public Lightning node, but their website FAQ asks users to “stay tuned while we finalize the prototype of our non-custodial payment channel mechanism.”

However, not everything is ironed out just yet.  According to their website, lastbit is prevented from launching on the mainnet because of EU regulations.  Also, the software code has not yet been made completely open source, but it has promised to have the entire backend service made completely open source with time.  So, even though these features aren’t there yet, there is acknowledgement that there are some gaps and it is actively working to enhance their product.

Lasbit is on the right path and wanting to become your number one choice in enabling you to spend your bitcoin.  Lastbit cofounder Prashanth Balasubramanian noted in their press release, “By tackling these problems, lastbit will not only unlock Bitcoin’s real potential for experience users but will also enable the growth of the cryptocurrency ecosystem, allowing others in the space to build better products.”

Lastbit was founded by Prashanth Balasubramanian, Bernardo Magnani, and Ashvin Panicker.  It has raised funds from Charlie Lee, Fulgur Ventures, and the BinanceX Fellowship.  Also, lastbit is a member of the Visa Fast Track program and alumni of UC Berkeley’s SkyDeck accelerator.


Flip is the Webmaster at Bitcoin Magazine.
You'll find Flip hidden in the back of the office with the lights off.