Bitcoin has found itself caught within another bout of sideways trading in the time following its multiple rejections at $7,800 – a sign that bulls are in the process of attempting to drum up enough support to surmount this resistance.

There is one indicator that suggests that the next big movement made by BTC will greatly favor bulls, potentially propelling the cryptocurrency significantly higher and sparking a sustainable bull trend.

This may also allow Bitcoin to close its nearest open CME futures gap that sits within the lower-$9,000 region.

At the time of writing, Bitcoin is trading up nominally at its current price of $7,760, around the price point at which it has been trading at through the past day.

This consolidation is occurring just a hair beneath the benchmark cryptocurrency’s near-term resistance level that exists between $7,800 and $8,000, as BTC has faced multiple harsh rejections here that have halted its multi-week uptrend in its tracks.

One popular pseudonymous trader on Twitter explained that Bitcoin’s Ichimoku Cloud – a well-regarded indicator – signals that the crypto could turn “fully bullish” in the coming few days.

How High Could This Next Upswing Push BTC?

The price level that Bitcoin could target next, should this indicator prove to be accurate, could be within the lower-$9,000 region.

This happens to be where it has formed a CME futures gap, which are historically filled by assets in a relatively short amount of time after forming them. Another trader pointed to this gap in a recent tweet, saying: 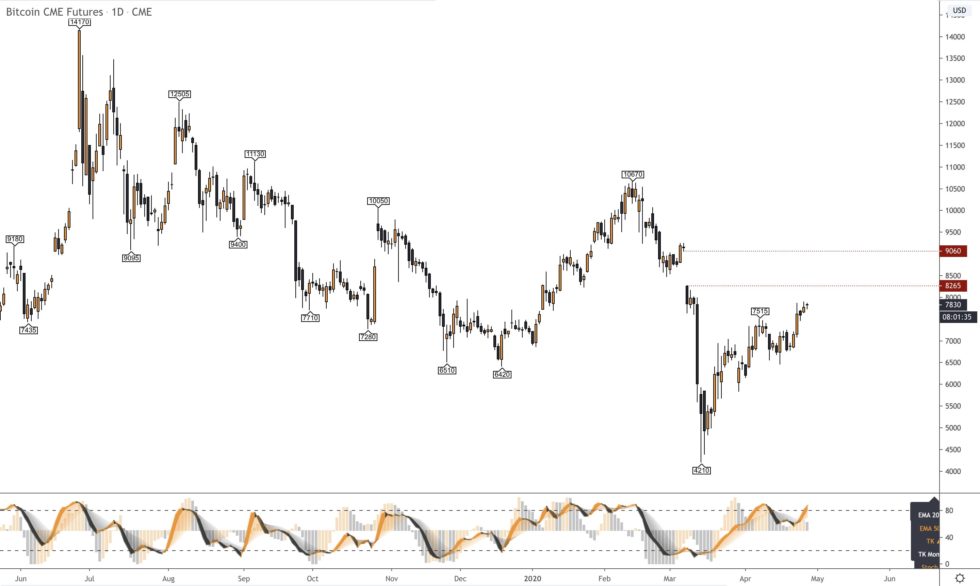 The confluence of the bullish undercurrent Bitcoin has formed and this upside CME gap does seem to spell trouble for the crypto’s bulls.

If Bitcoin is able to push higher and confirm the notion put forth by its Ichimoku Cloud, the strong continuation of its rebound from March lows of $3,800 could signal that its bear market is in the past.