How And Why Bitcoin Cash Could Split Again – Bitcoin Magazine 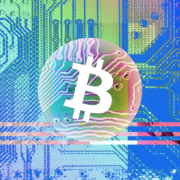 The Bitcoin ABC software client forked away from the Bitcoin protocol in mid-2017 to form a cryptocurrency of its own: Bitcoin Cash. Since then, Bitcoin Cash has deployed a backwards-incompatible hard fork upgrade every six months, requiring a network-wide upgrade across all Bitcoin Cash clients. While most of these upgrades have gone through relatively smoothly, a conflict within the Bitcoin Cash community in 2018 resulted in a split between Bitcoin Cash (the side that kept the original name) and Bitcoin SV.

Now, two years later (on November 15, 12:00 UTC, to be precise), another hard fork upgrade and another dispute within the Bitcoin Cash community could once again result in a coin-split.

What Is The Dispute? (And Between Who?)

At the heart of the dispute is an upgrade called the Infrastructure Funding Plan (IFP). The IFP would, as a protocol rule, enforce that 8 percent of every block reward — the coins earned by miners — is delegated to software projects working on Bitcoin Cash, like Bitcoin ABC.

According to the Bitcoin ABC team, the IFP — sometimes also referred to as the “miner tax” — would be designated through a new organization called the Global Network Council, consisting of major miners and holders of the cryptocurrency. The Global Network Council is scheduled to meet for the first time in January 2021, but beyond that, not very many specifics have been revealed about the selection of members or the procedure to distribute funds.

Bitcoin Cash Node — a software fork of Bitcoin ABC — is an initiative by various Bitcoin Cash developers and users who oppose the IFP, and have removed the upgrade from their source code.

There are a few different reasons the IFP is controversial. Some reject the upgrade on philosophical grounds, as they believe a “miner tax” is incompatible with Bitcoin Cash’s (or Bitcoin’s) philosophy and original design. If miners earn fewer coins when mining a block, this should also result in a decrease in hash power securing the network. Other concerns with the IFP include the lack of specifics regarding the distribution of funds, and they believe the setup may end up benefiting Bitcoin ABC more than other clients. Bitcoin ABC’s attempt to push the change through despite community opposition is also a concern in itself.

Does The Hard Fork Include Any Other Protocol Changes?

New Bitcoin Cash blocks (like Bitcoin blocks) should be found about once every 10 minutes on average. However, due to Bitcoin Cash sharing a mining algorithm with Bitcoin, some Bitcoin miners occasionally switch to mining Bitcoin Cash when that blockchain is more profitable to mine. Because Bitcoin Cash usually has a mere fraction of Bitcoin’s hash power, such a switch results in big swings in the amount of hash power on Bitcoin Cash. This in turn results in periodic bursts where blocks are found much faster than once every 10 minutes, followed by a jump in difficulty. The switched miners then return to mining Bitcoin, leaving the original Bitcoin Cash miners behind on a chain that is now less profitable. Moreover, the sharp decrease in hash power tends to result in a much slower rate of block production. The hash power swings make the pace of transaction confirmation on Bitcoin Cash less reliable.

To help stabilize the pace of block production, the Bitcoin ABC team originally proposed a new difficulty adjustment algorithm called Grasberg. Grasberg would include an additional change however: block production would intentionally be slowed down for a few years to correct for “historical drift.” (For a couple of reasons, including a previous difficulty algorithm, Bitcoin Cash blocks have so far been mined faster than originally scheduled.)

The additional historic drift correction was controversial within the Bitcoin Cash community, however. This was, in fact, the original motivation behind the launch of Bitcoin Cash Node, which includes an alternative difficulty adjustment algorithm called ASERT. (ASERT is also new, though it predates Grasberg and was initially rejected by the Bitcoin ABC team.)

The Bitcoin ABC team eventually conceded to the implementation of ASERT, however, thus dropping Grasberg. This means that Bitcoin Cash ABC and Bitcoin Cash Node will be compatible — except for the IFP.

Why Has Bitcoin ABC Released Two Versions Of Its Software Client?

Late last week, Bitcoin ABC announced that it will in fact release two versions of Bitcoin ABC. One version of the software will enforce the IFP protocol rule as planned. Another version, however, will not, and will therefore be fully compatible with Bitcoin Cash Node.

The Bitcoin ABC team will only work to realize its development road map on the version of their software that enforces the IFP protocol rule, however. (This road map includes a flexible block size limit and decreasing the risk that unconfirmed transactions are double-spent, among other things.) The version without the IFP protocol rule will be minimally maintained to remain compatible with Bitcoin Cash Node, without further improvements.

First of all, it’s worth noting that Bitcoin Cash clients (both Bitcoin ABC and Bitcoin Cash Node) are programmed to abort the current protocol, so a hard fork upgrade is more or less necessary. The current version of Bitcoin Cash will almost certainly not live on.

And obviously, if either Bitcoin ABC or Bitcoin Cash Node fails to attract enough hash power to produce a valid blockchain at all, there will be no coin-split. Only the version that attracts sufficient hash power would live on.

There is one other interesting scenario where a coin-split is avoided. If Bitcoin ABC attracts more than half of all hash power between the two (and maintains this majority), Bitcoin Cash Node clients would actually follow the Bitcoin ABC blockchain. This is because the new Bitcoin ABC software would be a soft fork in respect of Bitcoin Cash Node. Its protocol rules are the same, but with the IFP rule as an added restriction.

Put differently, Bitcoin Cash Node clients will accept it if a portion of the block reward is delegated to a Global Network Council (or to anyone else), they just won’t require that this happens. Blocks that don’t delegate the IFP funds would in this scenario be rejected by a majority of miners, and therefore not make it into the blockchain at all, ensuring compatibility.

(There are some more complicated scenarios, with new hard forks, that could also lead to a coin-split — but these are less likely and beyond the scope of this article.)

What Is Likely To Happen?

All things considered, however, it seems most likely that Bitcoin Cash Node will live on as “Bitcoin Cash,” and Bitcoin ABC will create a “new” cryptocurrency, most likely to also be called “Bitcoin ABC” (and probably with the ticker “BAB”).

I Hold BCH. Do I Need To Do Anything?

You might want to hold off from sending coins shortly before and after the hard fork happens, however. Because neither Bitcoin Cash ABC nor Bitcoin Cash Node implemented replay protection, sending one of the coins could accidentally result in sending the equivalent on the other blockchain. To be sure this doesn’t happen, wait until there is more clarity on this issue.

You might also want to hold off from receiving coins on the Bitcoin Cash Node blockchain. Although the risk seems slim, this blockchain could potentially “collapse” into the Bitcoin ABC blockchain if the latter attracts more hash power, and the coins you received will disappear with it. To be absolutely sure this doesn’t happen, wait until there is more clarity on this issue.

If you hold your coins on an exchange (or another custodial service) and a split occurs, the exchange determines whether you receive both coins, or one of them (and which one). Several exchanges have published announcements of their plans, with most supporting the Bitcoin Cash Node side of a potential split, or both. Ask your exchange for more information (or withdraw your coins before the split).