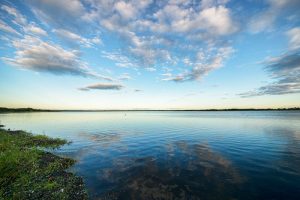 Hokkaido may not pursue authorization to host one of Japan’s first casinos due to environmental concerns, local news outlets reported earlier today.

According to news reports, the Governor of Hokkaido, Naomichi Suzuki has said that a decision on whether the province will bid for the right to host an integrated resort with a dedicated casino at a previously proposed site in Tomakomai will be made by the end of the year.

Gov. Suzuki’s comments were reportedly made in relation to recently voiced concerns by Hokkaido residents about the environmental impact of an integrated resort that, aside from a casino, will feature convention facilities, a large hotel, and various attractions.

The Tomakomai site pitched by city and province officials is located near Lake Utonai, known to be a wildlife sanctuary and a site on the Ramsar Convention list of internationally important wetlands. City residents have expressed concerns over the proposed casino site’s proximity to the lake.

A citizens’ group opposing the development of the casino has garnered more than 20,000 signatures for a petition that will be submitted to the city government.

A recent survey with Tomakomai residents commissioned by the Hokkaido government showed that two-thirds of all respondents expressed concerns of different nature over the possibility for the city to host a casino resort.

On the other hand, major business lobbies from around the prefecture have shown support for the Tomakomai casino bid. In addition, the city’s assembly passed last month a resolution backing the proposed plan for the development of a casino resort in hopes that a project of this scale would create new jobs and economic opportunities.

A Decision Is Yet to Be Made

Gov. Suzuki told reporters this past Thursday that they have not reached a conclusion on whether the province will bid to host one of three casino resorts and that a decision will be made “after due consideration.” It also emerged that the decision is likely to be announced sometime next month.

After the Japanese Diet cleared the Integrated Resort Implementation Bill last summer, laying out the principles that would govern the nation’s nascent casino industry, the Wakayama Prefecture, the Nagasaki Prefecture, the Osaka Prefecture together with the city of Osaka, and most recently Yokohama have expressed interest to host an integrated resort with a casino.

The central government is set to pick three locations. It will be accepting formal applications from interested hosts and preferred developers between January 2020 and mid-2021. Developers of the casino resorts will be selected by the host cities/prefectures. Tokyo, Chiba, and Nagoya have, too, said that they are interested in participating in the casino hosts race. Japan’s first integrated resorts are expected to open doors in the mid-2020s.

Source: Hokkaido may fold its hand in the nationwide bid to host a casino resort