Ethereum Reaches a Fate-Determining Level as Analysts Watch for Volatility 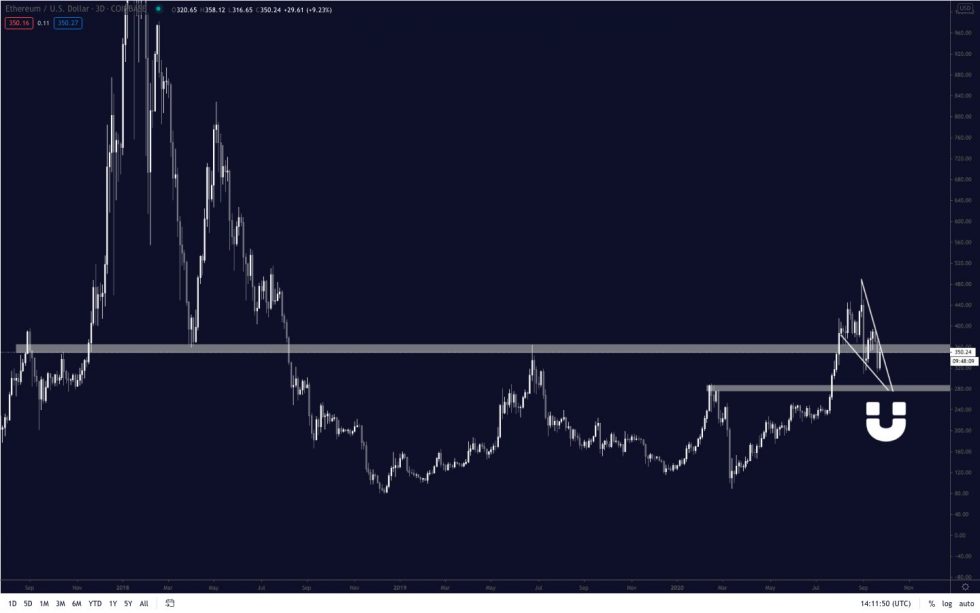 Ethereum and the aggregated cryptocurrency market have been offering investors little insight into the state of the market. Most altcoins have been primarily caught within bouts of sideways trading or slight downtrends.

Bitcoin has been contributing to this market-wide uncertainty, as its price has been caught between $10,200 and $11,200 for the past few weeks.

Until BTC breaks out of this range, it’s more than likely that the cryptocurrency market will continue lacking directionality.

One trader is noting that Ethereum may soon make a large independent movement. He specifically explained that he is targeting either a breakout to $390, or a plunge towards $280.

This comes as it reaches what he describes as being a historically important level.

Ethereum Continues Consolidating as Buyers and Sellers Reach an Impasse

At the time of writing, Ethereum is trading down marginally at its current price of $350. The cryptocurrency has been offering investors little insight into its outlook as it continues consolidating.

Analysts are now widely noting that where it trends next may depend largely on Bitcoin, which has been guiding the market in recent weeks.

That being said, the key range boundaries for ETH to watch sit around $320 and $360. Which of these levels is decisively broken in the near-term could be what determines its mid-term outlook.

Ethereum’s fate could soon grow clearer, as it has reached what one analyst is describing as being a historically important level.

He notes that its reaction to the resistance between $350 and $360 may spark a nosedive to $280, but this may be necessary in order for the market to then start its “moon mission.”

“ETH: At a pretty important spot here from a historical level + Daily level. Mid term: Breakout to $390 or dump to $280. For now leaning towards $280 in the next few weeks before the 2021 moon landing,” he explained while pointing to the below chart. 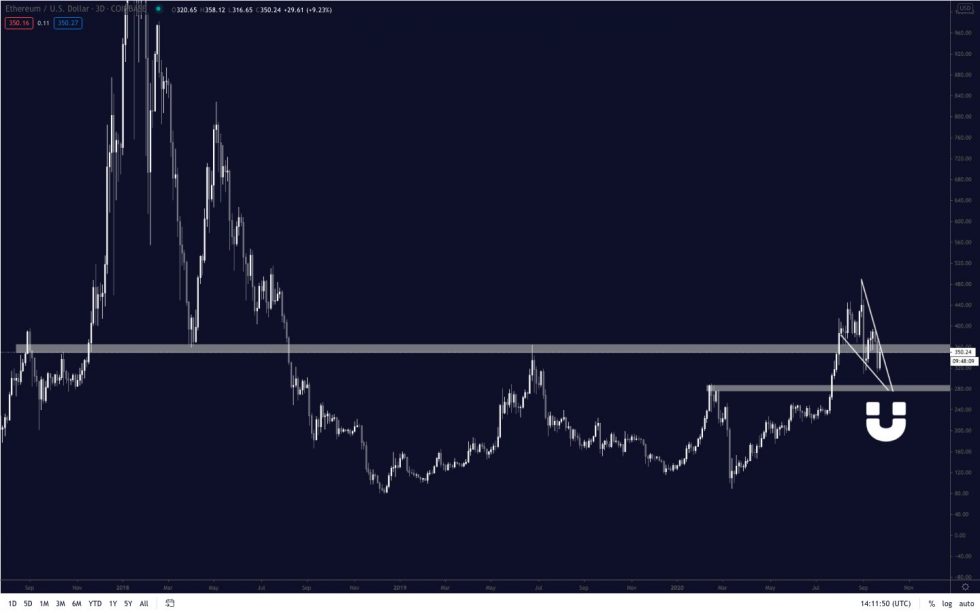 The next few days may prove to be critical for Ethereum. Its near-term outlook could also influence that of Bitcoin and the rest of the crypto market.