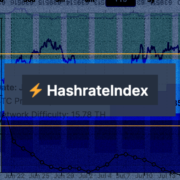 This week, the Chamber of Digital Commerce PAC sent all 535 members of the United States Congress about 0.0047 BTC ($50 worth at the time), in an effort to educate the country’s legislators around cryptocurrency and blockchain technology that it calls Crypto For Congress.

Leveraging Federal Election Commission rules that allow for cryptocurrency-based campaign contributions and its own Political Action Committee to make the BTC donations, the Chamber of Digital Commerce ultimately hopes to motivate these lawmakers to embrace the advantages presented by blockchain technology.

“Our industry faces a number of regulatory challenges and it’s important for our government officials to have a working knowledge of how this technology works,” Perianne Boring, founder and president of the Chamber of Digital Commerce, told Bitcoin Magazine. “If you look at tax laws, securities laws, if you look at compliance obligations, there are a lot of examples of regulators and policymakers who have tried to take this new asset class and shoehorn it into existing regulatory requirements… The more that people are informed and have a working knowledge of how this technology works, I think we’ll have a marketplace and regulatory environment that will promote innovation of blockchain technology in the U.S.”

Boring would not elaborate on how, technically, a Congressperson can accept their BTC donation, though she did say that the chamber is providing a comprehensive toolkit and instructions to walk them through it. She said that they can choose to accept the bitcoin as a one-time donation or enable their campaigns to accept ongoing cryptocurrency donations, they can choose to divert the donation to charity or they can outright refuse the donation.

There is a certain “American Made” angle to these donations as well. The BTC sent as part of the initiative came from a block mined by Core Scientific, which pointed hash rate from its mining facilities in Georgia, Kentucky and North Carolina toward Luxor Technology mining pool software servers in Iowa. This simultaneously ensured that the bitcoin could not be traced to any unsavory activity, and showcased U.S.-based mining infrastructure.

“There’s obviously some concerns with giving them bitcoin from an exchange, unfortunately … there’s a risk that there’s some transaction history that’s potentially a bit sketchy for Congress,” Ethan Vera, the co-founder of Luxor Technologies, told Bitcoin Magazine. “We did give them clean coins, mined from Core Scientific’s facility in Kentucky, kind of ‘Made In America’ bitcoin for that reason… In an era where 98 percent of blocks are found by Chinese mining pools, it’s exciting to push back a bit and get some geographic distribution of where the blocks are actually being found.”

(Though there is nothing inherently centralized about Bitcoin mining, the majority of mining hash rate is produced in China or at least gathered by China-based bitcoin mining pools. But, because this geographic concentration could present potential risks to Bitcoin, there is an ongoing effort to decentralize mining. You can start to explore that Bitcoin Rabbit Hole with this recent article.)

Starting At The Beginning

Through “Crypto For Congress,” the Chamber of Digital Commerce is advocating for expanded use and adoption of digital assets and blockchain technology in general. As a free market advocate, the chamber does not officially favor one crypto project over another, but chose BTC for this initial donation for practical reasons.

“We felt it was important to start with the basics of simplicity,” Boring explained. “Bitcoin being the first cryptocurrency, the largest by market cap and the most well known, we felt that this was the best one to get started with.”

It stands to reason that a more pragmatic and better firsthand understanding of blockchain technology and cryptocurrency in general will start with Bitcoin. While efforts like “Crypto For Congress” are still very much needed, the Chamber of Digital Commerce is optimistic that BTC-based campaign donations are improving this understanding among the nation’s lawmakers.

“We’re seeing more and more members of Congress accept bitcoin as well as other cryptocurrencies for their campaigns,” Boring said. “We see this as one small way that members of Congress can show that they understand this technology and promote it and support it… Where we’re helping to educate more people and more campaigns and more policymakers, we’re seeing a lot of support from the Washington community and that’s a big step forward that we’ve taken as an industry.”