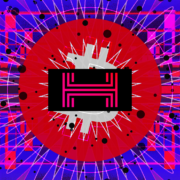 On November 6, 2020, the Council of the European Union released a “Draft Council Resolution on Encryption.” The document is supposed to serve as a precursor to a final text to be presented to the Council, on November 19 for potential legal adoption. It emphasizes support for data encryption in general, but also notes the challenges that encryption technologies pose for investigators who want to access criminals’ communications.

“The European Union fully supports the development, implementation and use of strong encryption,” the report notes. “However, there are instances where encryption renders analysis of the content of communications in the framework of access to electronic evidence extremely challenging or practically impossible despite the fact that the access to such data would be lawful.”

It goes on to call for a “better balance” between communication encryption and lawful access of that communication, both ensuring the continued implementation of strong encryption technology while also ensuring that “competent authorities must be able to access data in a lawful and targeted manner.”

This call for balance raised a red flag for privacy and encryption advocates around the world. Notably, a report from Austrian publication Radio FM4 falsely labeled this as an “EU ban on encryption” that included requiring platforms like WhatsApp and Signal to create master keys that would allow their end-to-end- (E2E) encrypted chats to be monitored.

Naturally, the privacy-focused Bitcoin community voiced concern about any resolution that would seek to weaken encryption. Though this particular draft resolution does not specifically call for encryption backdoors or loopholes, it offered a chance to consider regulators’ roles in pushing back on technology that allows unmonitored communications.

“There’s no such thing as a balance, you either have encryption or you don’t,” said Alex Galdstein, the chief strategy officer for the Human Rights Foundation, in an interview with Bitcoin Magazine. “So, we don’t want a balance. We want strong encryption. And when governments say that they want to balance, they’re acknowledging that they’re worried about people doing things with encryption that they can’t control.”

Despite the concerns that the idea of encryption backdoors from governments raise, in this case, Gladstein noted that we are “very far from an actual law being passed in the EU that would mandate some sort of forced backdoor into devices.” And, in general, the idea of establishing these backdoors would require cooperation from the tech industry implementing this encryption, which also appears unlikely.

“They want a software backdoor which I don’t think they’re going to get,” Gladstein said. “It’s not quite clear that tech companies are going to undermine their value propositions and openly give the government access to everybody’s messages… Even in the world’s most authoritarian places, tech companies want some sort of independence.”

Ultimately, this emphasizes the importance and power of technologies like Signal and Bitcoin. Governments can seek to mandate encryption backdoors or to collaborate with the technology creators, but without a private key they cannot access encrypted data.

“I think that we should be concerned about statements like this, but we should be confident that the technology can repel a lot of this,” explained Gladstein. “Bitcoin is … going to allow us to have this incredible tool that can really push back and allow us to have the digital cash that the cypherpunks dreamed of. And that can be a very powerful repellent against this increasing surveillance state.”

“I think we need to take advantage of some of the rights and liberties that we still have here in these domestic societies: make these companies push the technology as far as we can, put pressure on the courts, fund civil society organizations that will protect us, while knowing at the same time that most people on earth don’t have these privileges,” Gladstein said. “Their only hope is the technology. If you live in a dictatorship, your only hope is the tech.”

Listen To Bitcoin Magazine’s Interview With Alex Gladstein About The Importance Of Encryption In The Face Of Government Surveillance: