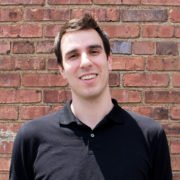 This article originally appeared in our Weekly Bits newsletter. If you want our news and analysis before anyone else, make sure you subscribe now!

This week, one of the world’s preeminent investment banking enterprises signalled some serious FUD against the U.S. dollar.

“Combined with a record level of debt accumulation by the U.S. government, real concerns around the longevity of the U.S. dollar as a reserve currency have started to emerge,” the bank wrote in a correspondence with clients, according to multiple news reports. “The greater the deflationary concerns that policymakers must fight today, the greater the debt build-up and the higher the inflationary risks are in the future.”

In addition to the red flag around debt accumulation, the analysts pointed to a growing debasement risk emerging as a result. And they went on to recommend an alternative safe haven for investors.

“Gold is the currency of last resort, particularly in an environment like the current one where governments are debasing their fiat currencies and pushing real interest rates to all-time lows,” the analysts wrote. “With more downside expected in U.S. real interest rates, we are once again reiterating our long gold recommendation from March.”

Firstly, I commend Goldman for recognizing the fundamental problems emerging in our fiat system. This warning from one of the legacy system’s most ingrained institutions is no small thing and, along with other major cracks in the system — like record-low interest rates, a worldwide pandemic, the emergence of what the prescient Marty Bent calls “Woke Capital,” etc. — it is clear that the prevailing economic system is already failing or will soon fail many of us.

But it should also be pointed out that Goldman Sachs is steering its investors to a safe haven that doesn’t hedge against this failing system as well as bitcoin does.

Goldman Is Missing Out On Bitcoin

I’ve written about the relationship between bitcoin and gold before. Gold is a solid safe haven asset in many ways that can serve as a powerful tool for opting out of our deflationary fiat system. But Goldman is singing gold’s praises while actively dismissing bitcoin, despite the fact that BTC serves as an even more powerful “currency of last resort” as governments debase their own fiat.

In May, Goldman’s consumer and investment management division released a presentation that betrayed some negative outlooks on bitcoin. It warned investors that BTC is a “conduit for illicit activities,” that its “appreciation is primarily dependent on whether someone else is willing to pay a higher price for it” and, in perhaps its most misguided conclusion, that it is not a scarce resource.

“Though individual cryptocurrencies have limited supplies, cryptocurrencies as a whole are not a scarce resource,” according to a slide from the presentation. “For example, three of the largest six cryptocurrencies are forks — i.e., nearly identical clones — of Bitcoin (Bitcoin, Bitcoin Cash, and Bitcoin SV).”

It’s hard to argue that B Cash and Bitcoin SV are “nearly identical clones” of Bitcoin Core. But the larger point I’m trying to make is that Goldman is right to steer investors toward a safe haven, but wrong to dismiss bitcoin as a valuable hedge option.

It should be noted that Goldman is suggesting that its investors double down on gold as the asset hit an all-time high in price (though bitcoin is surging, it’s currently far below its all-time high). And, unlike some of its competitors, it has not made a significant, public investment into cryptocurrency.

“It’s important to note that Goldman Sachs’ competitors Fidelity and JP Morgan have made significant investments in cryptocurrency,” Dave Hodgson, the managing director of crypto-focused venture firm NEM Ventures, told CNBC. “By considering it unviable for its investors, Goldman Sachs has risked causing its investors to miss out on one of the best performing asset classes in the past 100 years, nevermind the last 10.”