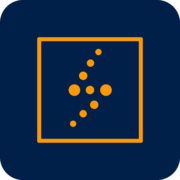 Of its many potential applications, bitcoin as a medium for rewarding microtasks is one of its most exciting. This implementation takes advantage of the technology’s natively digital qualities, its relative freedom from borders and its high divisibility.

Now, with its public beta phase announced today, the sats-earning platform Carrot wants to realize this potential on a new scale.

Carrot is a platform designed for people to earn bitcoin rewards for supporting the projects and brands they love. Creators can list tasks that their supporters are likely undertaking anyway and offer BTC bounties for their completion, all seamlessly paid via the Lightning Network.

With this beta announcement, Carrot has opened up its waitlist for more creators to join the platform and post tasks. The Carrot team expects all sorts of creators, from podcasters to businesses to open-source projects, and everything in between, to use the platform to begin rewarding their audiences or communities for bringing value to their respective ecosystems.

It’s simultaneously a platform that gives these creators an efficient and effective way of rewarding their supporters directly, while also creating a critical new avenue for getting the world’s best form of money into the hands of more people worldwide.

“We believe that every person has something unique they can offer the world, and that there is an unlimited pool of potential — energy, value creation, social good — that is untapped today,” said Tyler Evans, CTO of Carrot, “Carrot is our small contribution toward creating an equality of opportunity worldwide. Our mission is to spread hyperbitcoinization by letting the next billion people earn their first bitcoin.”

Making The Case For Lightning Micropayments

Various earning platforms have already been established in Bitcoin’s short history. Most famously, Earn.com (formerly 21.com) made a pivot to become an earnings platform before it was acquired by Coinbase for $100 million. But while products like Coinbase Earn offer rewards in various cryptocurrencies, Carrot is one of the first apps to exclusively leverage the Lightning Network.

During the alpha stage of development, an initial batch of pilot partners began experimenting with various types of bounties and rewards that can be issued on the Carrot platform. For instance, Bitcoin Magazine chose to fund five new $500 grants toward contributions to the Bitcoin Core software on the Carrot platform, as decided by the project maintainers.

Carrot’s alpha program saw an initial batch of pilot partners distribute about 70 million sats to nearly 2,500 global users across thousands of Lightning invoices. The average withdrawal amount from the platform has been $2.50, with some users taking out as little as 16 sats, demonstrating the promise of micropayments live in production to a borderless audience. The Carrot team noted that hundreds of its alpha stage users are based in Africa, for instance.

Now that the project is soliciting additional creators and preparing to offer more rewards to more users, it could become one of the most powerful avenues for rewarding value creation around the world.

“Right now, we’re trying to balance both growing our user base with scaling our product and team,” said Evans. “Our hope is that by the end of the year we could be the largest Lightning app in the world and let millions of people earn their first bitcoin.”

DISCLOSURE: Bitcoin Magazine and Carrot are both projects under the BTC Inc parent company. Bitcoin Magazine is a customer of Carrot, most recently when we rewarded new Bitcoin developers who made commits on Core.

Brandon is currently the Project Manager for BTC Inc. He's seen some bitcoin ups and downs but much prefers the ups.